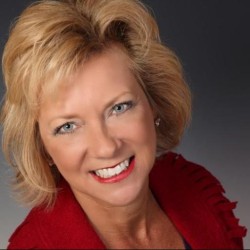 Marita Noon
Executive director at Energy Makes America Great Inc.
Marita Noon is the executive director for Energy Makes America Great Inc. and the companion educational organization, the Citizens’ Alliance for Responsible Energy (CARE). Together they work to educate the public and influence policy makers regarding energy, its role in freedom, and the American way of life.

In his less-than-enthusiastic endorsement of Hillary Clinton as the Democrat’s choice for President, Sen. Bernie Sanders decried “Greed, recklessness, and illegal behavior” and declared that we couldn’t let “billionaires buy elections.” Perhaps his opposition research team discovered what we have about Clinton’s connections with the very entities he despises: Wall Street—which he’s accused of “gambling trillions in risky financial instruments;” and “huge financial institutions” that he says: “simply have too much economic and political power over this country.”

Wall Street and its “huge financial institutions” are Clinton allies—supporting both her campaign and donating big bucks to the Clinton Foundation.

In the batch of Democrat National Committee (DNC) emails WikiLeaks made public on July 23, DNC Research Associate Jeremy Berns tells his colleagues: “She [Clinton] doesn’t want the people knowing about her relationships on Wall Street.” He adds: “She wants to achieve consistency and the best way to do that is to keep the people ignorant.”

For the past four years, I’ve collaborated with citizen activist/researcher Christine Lakatos (she’s been at it for six years) on what we’ve called: President Obama’s green-energy crony-corruption scandal. Together we’ve produced the single largest body of work on the topic. In her blog, the Green Corruption Files, she posts her exhaustive research—what I affectionately refer to as the drink-from-the-fire-hydrant version. I, then, use her research to draft an overview that is appropriate for the casual reader.

More recently, our efforts have morphed to include the Democrats’ presidential nominee, as Lakatos found the same people are her “wealthy cronies,” too.

In Lakatos’ most-recent, and final Green Corruption File, released on July 19, she states: “While there are numerous ways you can ‘buy access to the Clintons,’ I’m only going to connect the dots to the Green Gangsters, which we’ve already established are rich political pals of President Obama, as well as other high-ranking Democrats and their allies, who were awarded hundreds of billions of ‘green’ taxpayer cash.”

Her lengthy report, is “devoted to proving beyond a reasonable doubt that the Democrat presumptive presidential nominee, Hillary Rodham Clinton, is not on only in bed with Big Money (Wall Street, the Uber-Rich, special interests groups and lobbyists) and Dark Money (Super PACS and Secret Cash), she’s also bankrolled and is in cahoots with––directly and through her husband and her family foundation––the wealthy Green Gangsters, who are robbing U.S. taxpayers in order to ‘save the planet.’”

While the dozens of pages prove the involvement of names you know—like former vice president Al Gore, former Governor Bill Richardson, and billionaire donors Tom Steyer and Warren Buffett, and names you likely don’t know: David Crane, John Doerr, Pat Stryker, and Steve Westly—I’ve chosen to highlight the Clinton’s Wall Street connections that have benefited from the green deals that were cut in the Obama White House and that will continue on if Clinton wins.

Lakatos points out: “Clinton’s ‘ambitious renewable energy plans’ move far beyond Obama’s green mission that has been rife with crony capitalism, corporate welfare, and corruption.” Along with more climate rules, she “wants an open tab for green energy.” Remember the DNC’s official platform includes: “the goal of producing 100 percent of electricity from renewable sources by 2050” and “a call for the Justice Department to investigate fossil fuel companies for misleading the public on climate change.”

Three Wall Street names of my limited-word-count focus are Goldman Sachs, Citigroup, and Bank of America. Each is a top-contributing Clinton campaign supporter and a Clinton Foundation donor. They have benefited from the hundreds of billions in taxpayers dollars given out for green energy projects through the Obama Administration. All three have expectations that Clinton will continue the green programs put in place by the Obama administration.

As Lakatos pointed out in previous reports, Goldman Sachs is connected, via various roles, to at least 14 companies and/or projects that won green taxpayer cash––a tab that exceeded $8.5 billion. One specific example: Goldman is credited as the “exclusive financial adviser” for the now bankrupt Solyndra ($570.4 million loss). Then there is now-bankrupt SunEdison—an early Goldman Sachs investment. SunEdison received $1.5 billion in federal and state subsidies. And, in 2010, Goldman Sachs handled the IPO of government winner, Tesla Motors that was awarded $465 million from the Department Of Energy (DOE) ATVM program—they got much more if you factor in the state and local subsides: $2,406,805,253 to be exact. Also, according to Goldman, “In May 2013, [they] helped raise over $1 billion in new financing for Tesla Motors.”

This big bank is connected to approximately $16 billion of taxpayer money. Lakatos, in 2013, reported that Citi was actively involved in securing the 1703/1705 DOE loans; was a direct investor; and/or served as an underwriter for the initial public offering (IPO) of at least 16 of Citi’s clients that received some form of government subsidies. One green company where Citi is a major investor is SolarCity, which has been subsidized through various stimulus funds, grants and federal tax breaks at the tune equaling almost $1.5 billion. (Billionaire Elon Musk is CEO of Tesla and Chairman at SolarCity. He’s a Clinton Foundation donor ($25 million to $50 million) and Hillary supporter, too.)

Bank of America, amongst other green efforts, participated in Project Amp—a four-year, $2.6 billion project to place solar panels on rooftops in 28 states. At the time, the Wall Street Journal reported: “Bank of America Merrill Lynch unit will provide $1.4 billion in loans for the project,” of which “the financing is part of Bank of America’s plan to put $20 billion of capital to work in renewable energy, conservation and other clean technologies that address climate change.” In the final days of the DOE loan program (September 2011), the DOE awarded a partial guarantee of $1.4 billion loan to Project Amp. According to a press release, Bank of America increased its second environmental business initiative from $50 billion to $125 billion in low-carbon business by 2025 through lending, investing, capital raising, advisory services and developing financing solutions for clients around the world.

It’s important to remember that climate change—which is the foundation of the green agenda—is part of the Clinton Foundation’s mission statement: “In communities across the globe, our programs are proving that we can confront the debilitating effects of climate change in a way that makes sense for governments, businesses, and economies.” Additionally, the Foundation’s coffers were enriched when Clinton and her State Department staff solicited contributions from foreign governments to the Clinton Global Initiative, as we detailed in our coverage of her clean cookstove campaign.

In addition to Clinton’s obvious Wall Street connections, one of the many startling realizations that can be gleaned from the report on Hillary’s Horrendous Hypocrisy, is the fact that these companies—some of which would not be in existence without the grants and tax credits—that received millions in taxpayer dollars, took our money and gave it to the Clinton Foundation and to the Clinton Campaign. As was the case with Clinton Foundation donor/campaign fundraiser George Kaiser, these billionaires are making lucrative profits, at taxpayer expense, from bankrupted green companies like Solyndra.

In short, we, the taxpayers, are subsidizing the well-connected millionaires and billionaires—and Hillary Clinton is part of all of it. Meanwhile, she admonishes the average American to combat climate change by driving less and reducing our personal use of electricity.

Bernie Sanders was right to be alarmed. Huge financial institutions do have too much political power. Wall Street billionaires are trying to buy Clinton the White House. In return, she’ll be sure their green energy investments pay off for them by demanding that America go green.

The author of Energy Freedom, Marita Noon serves as the executive director for Energy Makes America Great Inc., and the companion educational organization, the Citizens’ Alliance for Responsible Energy (CARE). She hosts a weekly radio program: America’s Voice for Energy—which expands on the content of her weekly column. Follow her @EnergyRabbit.

The Global War Against Fossil Fuels

Heartland Weekly – Why the U.S. Has Suffered the Worst Economic Recovery Since the Great Depression

The Green Press Distorts What Happened at the Climate Summit

A ‘Revenue-Neutral’ Carbon Dioxide Tax Is a Lie Targeting Conservatives

Coddling China: When will it end?