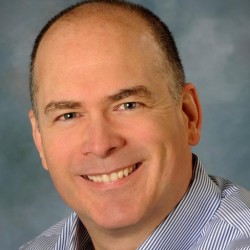 Follow me
Scott Cleland
President at Precursor®
Scott Cleland is a precursor: a proven thought leader with a long track record of industry firsts. He served as Deputy U.S. Coordinator for International Communications & Information Policy in the George H. W. Bush Administration. He is President of Precursor® a responsible Internet consultancy; and is working on his second book tentatively titled: "The Irresponsible Internet & How to Fix It." In 2011, he authored the first critical book on Google: “Search & Destroy, Why You Can’t Trust Google Inc.", which was translated into Korean and Portuguese. Cleland has testified before the Senate and House antitrust subcommittees seven times; and Institutional Investor twice ranked him the #1 independent analyst in communications when he was an investment analyst.

Follow me
Latest posts by Scott Cleland (see all)

Ironically, the world’s leading winner-take-all Internet platforms — Google, Amazon, and Facebook — are the leading voices of the July 12th “Internet-wide Day of Action to Save Net Neutrality.” They want to pressure the U.S. FCC to maximally regulate ISPs as Title II telephone utilities, even though they don’t believe in operating neutral networks themselves.

Even more ironic, is this 1 min. Google-YouTube video — by the Internet Association, “the unified voice of the Internet economy.” It defines net neutrality and what it wants the FCC to ban ISPs from doing. However, those banned behaviors closely describe how Google, Facebook and Amazon often operate. Awkward.

In yet another video supporting this Day of Action, three U.S. Senators video message said: “We believe the Internet is the extraordinary opportunity that gives everybody in America the chance to get ahead. We have to make sure it is not controlled by a handful of powerful corporations.”

This piece has two tasks.

One task is to show that the Google, Facebook and Amazon’s winner-take-all platforms make them exceptionally more “powerful corporations” than the largest competitive, U.S.-based, ISPs: AT&T, Verizon and Comcast.

The other task is to provide a list of how the Google, Facebook and Amazon netopolies do not operate neutrally with their networks.

Who are the Internet’s real “handful of powerful corporations?”

The evidence shows they are: Google, Amazon, and Facebook.

Users: Google, Amazon, and Facebook have roughly 1,000% more users than AT&T, Verizon and Comcast have, because the netopolies are global and the ISPs are overwhelmingly U.S. driven. Specifically, Google and Facebook each have ~2b users and Amazon over 300m customer accounts. In contrast, AT&T and Verizon serve around 100m users each and Comcast substantially less than that.

Market Shares: FCC ownership rules effectively limit AT&T, Verizon and Comcast video subscription share to 30% nationally and 39% nationally for broadcasting – and they all are well below those limits. In contrast, online services have no FCC ownership limits or any apparent antitrust market share limits.

Consequently, Amazon Prime’s video service has 80m U.S. subscribers, which is 89% of all households that use cable or satellite TV subscription services combined. And Amazon is on pace to surpass the entire industry by next year, per Recode. (And Netflix, which netstreams on Amazon’s AWS’ dominant cloud platform, has 51m subscribers, twice the subscribers of AT&T, the largest cable/satellite provider nationally, and more than all U.S. cable providers, perNCTA stats and Leichtman Research.)

In its core business, Amazon already has captured 43% of all U.S. online retail sales and 53% of U.S. retail ecommerce growth last year per Business Insider. That makes Amazon’s 43% ofonline share of U.S. retail, an amazing four times greater than Walmart’s 11% share of the total offline U.S. retail market per Supply Chain Digest. With Amazon’s consistent 20+% annual revenue growth rate, it will likely command more than half of the U.S. online retail market in the next two years.

Google and YouTube are used by over 90% of Americans online and are the #1 and #2 most visited websites in the U.S. per Alexa. Google-YouTube claimsto reach more of TV’s prime demographic than any U.S. cable network. Google’s mobile search share is 96% in the U.S. perStatista. Google Chrome is the dominant Internet browser with 52% of both desktop and mobile per Statista. Since Apple’s iOS, is unavailable for license by non-Apple devices, Google-Android has 98% of the U.S. mobile operating system licensing market.

Facebook’suser statistics indicate 85% of all Americans online use Facebook monthly and video is among its fastest growing services. The Google-Facebook ad cartel is capturing 85% of all U.S. digital ad revenue growth per Morgan Stanley. In contrast, AT&T, Verizon, and Comcast digital ad share is a few percentage points at best.

By most every objective measure, Google, Amazon and Facebook operate vastly more powerful corporate networks than those of AT&T, Verizon, and Comcast.

How do Google, Facebook and Amazon block, throttle, and engage in paid prioritization?

For context, let’s start with Google, Amazon, and Facebook’s effective pledge in its 1 min. Google-YouTube videotouting its staunch support of net neutrality.

It clearly stated: “Net neutrality is the principle that allows consumers to choose which websites and Apps are the best. … Take action; tell the FCC why you care about the open Internet and competition online and demand access to the whole Internet free of paid prioritization, blocking, and throttling.”

Google: Let’s start with Google search and see if it’s really consumers that choose which sites/apps are best. Its search head, Mr. Amit Singhal, described Google search as “the biggest kingmaker on this earth” to the UK Telegraph, because over 30% of people click on the top ranked result and ~50% click on the top two results. Google SVP Jonathan Rosenberg on Google’s blog said: “We won’t (and shouldn’t) try to stop the faceless scribes of drivel, but we can move them to the back of the arena.”

The EU recently convicted Google of abusing its search dominance by ensuring Google, not consumers, chose what websites are best. This occurred after Google promised on its website for over a decade that: “We never manipulate rankings to put our partners higher in our search results and no one can buy better PageRank.” That was proven untrue and still is, Google’s shopping results in fact are sold to the highest bidder.

Let’s look at Google’s dominant Chrome browser which is effectively a virtual network Google completely controls. As recently as last month, Google-Chrome has increased how it throttles and blocks advertising display traffic by 15-40% on its dominant virtual browsing network to create a faster lane for some websites over others per Android Headlines. Last month, Ad Agereported “Google Chrome will automatically block annoying ads.”

Let’s look at Google’s Android 85+% dominant smartphone operating system which is the world’s largest single network connecting people and devices, and which is inherently and necessarily non-neutral, because something must decide what app and what data will go first or fastest, otherwise the devices will jam and not function.

How did Android become the dominant licensable operating system? Non-neutrally. By not letting consumers decide what apps are on their device, but by forcing smartphone manufacturers and carriers to pre-install over a dozen of Google’s apps in tying contracts that ensure Google and not the consumer chooses the websites and apps on their smartphones. (See here about the Android contracts and here about how it is anti-consumer.)

Very recently, the International Business Times reported: “Google Triangle App will Save Data by Cutting Background Data Usage, Closing Idle Apps.” How is it neutral for Google to decide to block and throttle a consumer’s apps without a consumer’s knowledge?

Google forced a huge change in most all users’ mobile access to the web’s content to increase and accelerate Google’s mobile ad revenue potential by forcing all websites to pay for costly mobile upgrades to their websites so that Google could more easily search, index and monetize them – or else.

If sites did not pay to upgrade their websites to Google’s AMP expectations, Google would demote a website’s search ranking so that effectively it would not be found by consumers. Not surprising, most all websites paid for this prioritization and Google AMP’s “fast lane” so that their smaller businesses would not be competitively disadvantaged by Google’s non-neutral network practices.

Facebook in supporting net neutrality, supposedly opposes discrimination too. However, Pro Publica last year exposed that Facebook was illegally discriminating against minorities systemically for years in targeting advertising by ethnic/race for housing, in violation of The Fair Housing Act of 1964 and the Civil Rights Act of 1968.

Last month, Pro Publica exposed that “Facebook’s Secret Censorship Rules Protect White Men from Hate Speech But Not Black Children.”  It appears the world’s largest social network that connects more people around the globe than any other, has a network with an inherent discrimination problem.

Amazon: Maybe the most egregious and hypocritical example of these most powerful corporations not being net neutral is the report that: “Amazon has a patent to keep you from comparison shopping while you are in their stores” per the Washington Post.

Let’s marinate on this one for a moment.

A company that supports strong network neutrality is also for blocking a consumer’s WiFi signal in a specific place from doing what is in the consumer’s best interest, i.e. comparison shopping to find the best price, and by doing what the FCC ruled was illegal in January 2015, i.e. blocking WiFi traffic for commercial advantage.

Now it is more clear why Amazon would want a patent to block consumers in their stores from accessing the Internet to comparison shop to check if Amazon’s displayed prices and savings are true or not.

Making this an even more severe problem is that a recent survey of Amazon Prime subscribers indicates that 99% do not check other site’s prices per ILSR’s “Amazon Stranglehold” report.

That same ILSR report also documents that Amazon uses its dominant Amazon Prime subscribership of 80m U.S. subscribers to force retailers to join their Marketplace, where Amazon treats them non-neutrally and anti-competitively in multiple ways.

The evidence shows that the most powerful corporations controlling the Internet are Google, Amazon and Facebook.

These de facto netopolies get zero net neutrality attention when they operate non-neutrally by engaging in paid prioritization, blocking, and throttling behaviors — even when they supposedly oppose such business behaviors when done by others.

In contrast, the three largest U.S. ISPs — AT&T, Verizon and Comcast — have pledged to not block or throttle, and also have agreed to have that pledge codified into law.

If Google, Amazon, and Facebook want to have government impose maximal 1934 telephone utility regulation on ISPs, they should be willing to live under the same rules and run their businesses neutrally.

As this piece documents in detail, Google, Amazon and Facebook live in glass houses and are throwing stones.

‘We Are Still In’: Rahm Emanuel’s Futile and Stupid Virtue Signaling

In The Tank (ep139) – Skeptics more Eco-Friendly than Alarmists? Net Neutrality, Thanos is for Population Control

Google Out to Steal From Australians