Standing Up For ALEC

Recently “Color of Change,” Common Cause, the Center for Media and Democracy, and other extreme leftist groups’ have attempted to defame a group called the American Legislative Exchange Council (ALEC). These attacks are not surprising considering the groups that are making them. Rather than discussing and debating actual policy, these groups resort to ad hominem attacks and bullying tactics. What is downright shameful is their use of a tragedy like Trayvon Martin’s death to dishonestly attack an organization with which they disagree on policy. 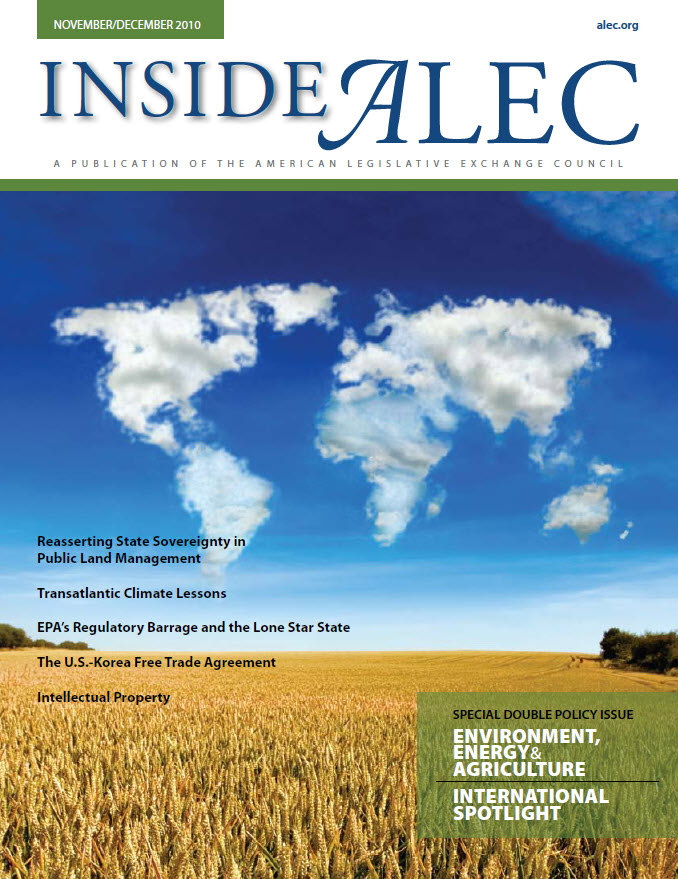 Like ALEC’s corporate donors, The Heartland Institute’s supporters are under fierce attack by the same left-wing groups using the same tactics. While “Color of Change” uses the Trayvon Martin tragedy as cover for its ideological campaign, “Forecast the Facts” and its allies are using  our efforts to bring sound science to the debate over global warming. Such tactics have no place in the national debate over public policy.

Despite what these fringe groups want you to believe, ALEC is not involved in any black helicopter conspiracy. ALEC is in fact a very effective and respected public-private partnership that brings together state legislators, members of the private sector, the federal government, and general public to openly discuss public policy and free-market solutions. It does not hide that its stated mission is to advance “Jeffersonian principles of free markets, limited government, federalism, and individual liberty.”

As Georgia Senate Majority Leader Chip Rogers put it, “I stand with ALEC, and together we stand ready to defend our guiding principles of free markets and limited government, which is what our nation needs now more than ever.”

The Heartland Institute stands with ALEC in support of free enterprise, limited government, and federalism, and asks that you do so as well.

Heartland’s Seventh International Conference on Climate Change, May 21 – 23 in Chicago

Neither Fair nor Equitable: The Marketplace Fairness Act

Another Big Lie from Obama, This Time Over Mass Shootings

A Heartland Event: Charles Douglas Love on The Truth About Blacks and the GOP