Top Posts
New Heartland Podcast: Ill Literacy – Books with...
Should We Trust Experts?
What Really Matters to BLM? an Analysis of...
Did States Reopen Too Early or Shut Down...
Rethinking Medical Care
Hold China Accountable – or Give It Even...
School Is Canceled in California
“Systemic Racism” Theory is the New Political Tribalism
The Coin Shortage: A Big Deal about Small...
The Freedom to Speak and Criticize
Home Education Citizens Without Civics? 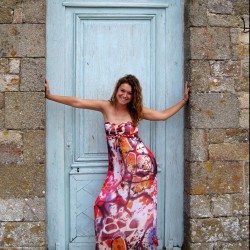 Katie Brunk
Katie Brunk is a senior at Hillsdale College in Michigan, pursuing her Bachelor of Arts in International Business. She is a Public Relations Intern at the Heartland Institute.

In the United States, every citizen is called to be a scientist of sorts, testing out the hypothesis that a constitutional democracy can survive as a viable government. As the longest-existing constitutional democracy, our country is a continual experiment. It is entrusted to each generation to observe and make adjustments as necessary in order to preserve our liberty.

Yet, each day, we are faced with the challenge of growing disinterest in our nation. According to the 2011 CIRP Freshman Survey, only 32.8 percent of college freshmen believe it is important to “keep up to date with political affairs.” Although interest has increased from 1998 results (26.7 percent), without this number being considerably higher, we are bound to lose our country to continued apathy. Jefferson, Madison, and company would argue that with our rights come great responsibilities: the responsibility to live a life of high morals as well as the responsibility to be informed and passionate citizens.

Becoming an active citizen requires that the importance of citizenship is ingrained in each person’s mind from childhood. A September 1998 article entitled The Role of Civic Education by Margaret Stimmann Branson discusses the importance of teaching civics and breaks down our responsibility into two categories: civic and personal. Although Branson expressed the urgency with which civic education reform was needed fourteen years ago, we could use a refresher today.

According to Branson, “A sense of personal responsibility and civic obligation are the social foundations on which individual rights and freedoms ultimately rest.” If this is the case, studies show that our nation is in a period of crisis today. The 2010 National Assessment of Educational Progress (NAEP) shows a decrease in civics education in 12th grade and no improvement in 8th grade since 1998. A small glimmer of hope is found in 4th graders who showed a slight upward trend since 1998. Unfortunately, it is the 12th graders who can vote and determine the future of our still-infant country.

Branson continues on to say that in order to “maintain a society where human rights are respected, the rule of law is observed, and the common good is the concern for all,” each generation must learn and develop into knowledgeable citizens. Democracy is not a utopia, and therefore it requires much maintenance and development to keep it alive. Citizens must be persistent in engaging in every aspect of society and bettering themselves.

According to the National Assessment Governing Board, the three components of a civic education include civic knowledge, intellectual and participatory skills, and civic dispositions. Education in these three areas allows a person to be an informed, effective, and responsible citizen; to understand the functions of our government and identify a malfunction; and contribute to the common good.

Without these developments, our nation and our liberty will continue to crumble. I think it is safe to say that if more people took interest and chose an active role in our society today, we would not be in such a mess. It is time for our country to reprioritize our education and begin to put first things first.

Now This Would Be Marketplace Fairness

Classical Liberalism and the Quest for World Peace