Taylor Smith
Taylor Smith is a policy analyst for the Government Relations Department at The Heartland Institute. His responsibilities include interacting with elected officials and staff on energy and environment issues; tracking new legislation; and drafting responses to emerging issues via talking points, news releases, and op-ed pieces, with the goal of informing legislators about free-market ideas. He is a member of the American Legislative Exchange Council’s Energy, Environment, and Agriculture Task Force, and has been published in the Chicago Tribune, Chicago Sun-Times, Washington Times, The Detroit News, and elsewhere.

One of the most tightly-regulated industries in the United States today is uranium mining.

In fact, if next year’s Virginia General Assembly decides to lift its current moratorium, a total eight different state and federal agencies are in place to oversee the entire uranium mining and milling operation in Virginia. 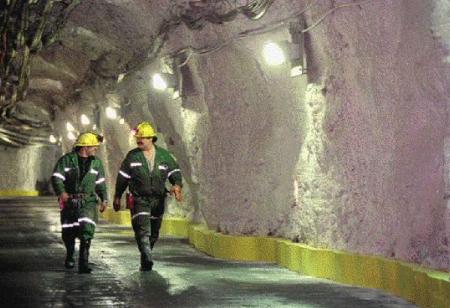 But anti-mining groups insist Virginia’s regulatory environment is unprepared for the industry. Unique factors such as “wet weather” (or in other words, the threat of excess precipitation coming in contact with facilities, picking up contaminants, and running off into public water supplies) and greater vulnerability to severe weather events such as hurricanes and earthquakes make opening up Virginia to uranium mining a “radical, high-stakes experiment.”

Of the eight regulatory agencies that would oversee these operations, at least two of them (the Environmental Protection Agency, and the Nuclear Regulatory Commission), already have laws in place to control for those exact two factors.

The Environmental Protection Agency (EPA) for instance has a regulatory measure called the National Pollutant Discharge Elimination System (NPDES), and it requires industrial facilities in Virginia to obtain an NPDES permit through the State of Virginia.

As for vulnerability to storm weather, the Nuclear Regulatory Commission would provide continued oversight of mining and milling operations through its own periodic licensing reviews, inspections, assessment, and enforcement.

Through these inspections, which occur from several times a year for operating facilities to once every two years for facilities in standby mode or decommissioning, companies are required to demonstrate that their facilities and operations are capable of withstanding severe weather events, such as hurricanes, earthquakes, tornadoes, and flooding.

The current ban on one of Virginia’s best natural resources is unnecessarily depriving the nation of an efficient, carbon-free source of electricity that is one of our best-available long-term energy sources, while holding out hundreds of employment opportunities that would benefit the state’s as well as the country’s energy outlook.

The Real News about Climate: CO2 Is No Threat

Keep Carbon Taxes in the Ground

Wind Power’s Future in U.S. Could Be Thwarted by Grassroots Opposition

Climate Science Poll Made of Opinions