Top Posts
Imagine Returning to Normalcy
Coronavirus Accelerates the Trend of Declining U.S. Transit...
California Loses Thousands of Jobs and Crucial Fuel...
New Heartland Podcast: Ill Literacy – Books with...
Should We Trust Experts?
What Really Matters to BLM? an Analysis of...
Did States Reopen Too Early or Shut Down...
Rethinking Medical Care
Hold China Accountable – or Give It Even...
School Is Canceled in California
Home Featured Nanny Bloomberg Strikes Again: Wants to Ban Electronic Cigarettes 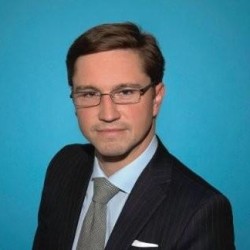 New York City Mayor Michael Bloomberg’s aggressive nanny-state policies — such as his crusades against trans fats and large-size sodas — have been annoying and, at times, unconstitutional. While some of his critics have suggested sinister motives, the most charitable assessment has always been that Bloomberg is well-intentioned; it’s just that his policy solutions are misguided.

Now, news leaked last week that Bloomberg is getting ready to push for a series of ordinances intended to drive electronic cigarettes off the market in Gotham. In doing so, Bloomberg is making it evident that he really does just want to boss people around — even if it’s not for their well-being.

For decades lawmakers and bureaucrats have tried to mitigate smoking and the harm it causes through punitive taxation and heavy regulation. However, the technological breakthrough behind electronic cigarettes could be a disruptive technology — letting the free market providing a solution to a problem that social engineers have not been able to address through stiff government regulations. It’s one reason why businessmen like Sean Parker, an early investor in Facebook and founder of Napster, have become big boosters of electronic cigarettes.

Studies have shown that electronic cigarettes stand to improve health and prevent disease. By choosing to “vape” e-cigs instead of smoking cigarettes, consumers get their nicotine fix without the combustion and smoke — responsible for much of the negative health effects of tobacco cigarettes. For smokers already addicted to nicotine, e-cigs provide an alternative delivery mechanism that does not come with the proven harm that results from smoking.

The new ordinances to be proposed by the Bloomberg administration, which were reported last week and are expected to be taken up by the City Council later this month, would define and regulate electronic cigarettes as a tobacco product — though it has no tobacco. It would also raise the legal age to purchase e-cigs from 18 to 21, and ban the promotion, display and marketing of e-cigs.

One unintended consequence could be to keep New Yorkers smoking tobacco cigarettes, a product that the Centers for Disease Control estimates kills more than 400,000 Americans per year. According to Dr. Michael Siegel, professor of Community Health Sciences at the Boston University School of Public Health, Bloomberg’s e-cig proposals “would be a public health disaster.”

At this point, e-cigs, more accurately referred to as an electronic nicotine delivery system (ENDS), have now helped many end their dependence on cigarettes. Even tobacco industry executives acknowledge that consumers switching to e-cigs drove total industry sales down by approximately600 million cigarettes in the first quarter of this year alone.

“Consumption of e-cigs may overtake traditional cigarettes in the next decade,” Wells Fargo analyst Bonnie Herzog told Time magazine in January. “And they’ll only evolve and improve as time goes forward — at far less risk. The technology portion of it is sort of like Apple. This is just Version 1.” Some medical experts are saying it represents a breakthrough for public health.

Bloomberg is arguing that e-cigs perpetuate nicotine addiction. His targeting of e-cigs, however, won’t stop people from consuming nicotine. The greatest value of e-cigs is that they allow people to get their nicotine fix without the well-documented harm that comes from smoking tobacco.

Critics of e-cigs point to a Food and Drug Administration warning issued in 2009, which noted that some samples contained ingredients found in anti-freeze. However, a study released this month by Drexel University concluded that the chemicals in e-cigs are not harmful to users or those in their proximity.

“If all U.K. smokers switched to e-cigarettes,” Britton said, “five million lives would be saved just in those who are alive today.” The Economist was correct when it noted in June that the “right approach is not to denormalise smoking, but to normalise e-smoking.”

Bloomberg isn’t the only elected official targeting e-cigs. Earlier this year Republican lawmakers in the South Carolina legislature introduced a bill to impose an excise tax on e-cigs. That bill was ultimately defeated.

But it previewed the debate likely to take place in state capitals around the country in coming years, as revenue-hungry politicians attempt to squeeze as much as they can out of a new product that depletes their precious tobacco tax revenues.

At the very least, such proposals lay waste to previous claims that punitive taxation of tobacco products was about saving lives. This new attack on e-cigs demonstrates that for many politicians, it really was always about bossing people around. And the money.

Should the Government Define the American Dream?

Pope Francis Says Freedom Of Speech Has ‘Limits,’ Gets It Wrong Again