Keely Drukala
Keely Drukala is the Deputy Director of Communications at The Heartland Institute. Prior to joining Heartland in 2007, Keely worked as office manager for the Cook County Republican Party. She co-chaired the 2006 Cook County Republican Convention, the first county convention in more than 20 years. In 2007, Keely ran for Illinois State Representative, and although unsuccessful, she was endorsed by the Chicago Tribune over the incumbent.

If you don’t visit Somewhat Reasonable and the Heartlander digital magazine every day, you’re missing out on some of the best news and commentary on liberty and free markets you can find. But worry not, freedom lovers! The Heartland Weekly Email is here for you every Friday with a highlight show.

Is America Still on Hayek’s ‘Road to Serfdom’?
Richard Ebeling, for Somewhat Reasonable
Short answer: Yes. Heartland Policy Advisor Richard Ebeling explains how a century of central-government planning by our betters in the United States government “carries within it a loss of personal freedom and choice, and undermines the human spirit of creative thought and self-responsibility from which have come all the great accomplishments of mankind.”READ MORE

Heartland’s Fault: Arizona House Panel Rejects Common Core
Arizona is tearing down its Common Core standards and returning education policy decision-making back where it belongs: closer to parents and school boards. This development has angered a reporter who witnessed the procedures in the Arizona legislature week. Heartland Research Fellow Heather Kays was among those whose testimony was vital to the rejection of Common Core in the Grand Canyon State.READ MORE

Featured Podcast: Lord Christopher Monckton, Part 1
Christopher Monckton, the Viscount of Brenchley, is so informed and entertaining, we needed to split the podcast in two to get it all in. In Part 1, Heartland’s H. Sterling Burnett talks with Lord Monckton about the most recent developments in the climate change debate and how he became among the most prominent, visible, and vocal climate skeptics on the planet. READ MORE

Join Us at CPAC!
The Heartland Institute is once again cosponsoring the annual Conservative Political Action Conference (CPAC), February 25–28 at the Gaylord National Resort & Convention Center in National Harbor, Maryland (just across the river from Washington, DC). Come hear candidates for the Republican nomination for president, as well as the usual stellar line-up of America’s smartest conservatives and libertarians. Be sure to stop by Heartland’s booth and meet Heartland staff, too! Our awesome t-shirts are first-come, first-serve, and will go fast! 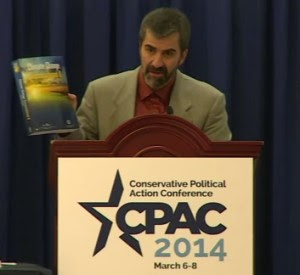 Hating Tobacco More than Helping Smokers
Brad Rodu, for Somewhat Reasonable
Why does the National Institutes of Health stubbornly oppose electronic cigarettes, which are much less harmful than tobacco cigarettes? Because the agency is staffed by zealots who throw reason and science aside to an ideologically driven quest to achieve a “tobacco-free” utopia. READ MORE

Weather Bulletin #7: Weather: 1, Climate Alarmists: 0
This winter has been brutal, rivaling last year, which was the coldest and snowiest many people have ever experienced. And it’s not just Americans and Canadians feeling the winter blues: Winter’s icy grip has led to a death rate three times the norm in Great Britain. H. Sterling Burnett delivers the latest weather report. READ MORE

Connecticut Sweet on Tax Hikes
Jeff Reynolds, The Heartlander
A new bill introduced in Connecticut aims to discourage junk food consumption by taxing it more, yet fatten the treasury for childhood obesity programs, higher-ed scholarships, and other spending. It can’t do both, so expect both fatter kids and more bloated spending.READ MORE

Britain’s National Health Service Getting Sicker Every Day
Linda Gorman, for the Heartlander
In December and January more than 7,000 surgeries in Britain were canceled due to lack of beds and NHS waiting times for cancer treatment are the highest in six years. Some 80 percent of English hospitals are said to be running a deficit, and hospital administrators say additional budget cuts will mean they can no longer “guarantee safe and effective care.” Is America going to catch the same disease? READ MORE

Enjoying Low Gas Prices? Don’t Get Too Used to Them
Justin Haskins, in Human Events
American motorists are enjoying some of the lowest gas prices since President Barack Obama took office. But politicians in both parties think you’re enjoying too much of a good thing and want to hike gasoline taxes. So far, Republican leaders are holding firm against this raid on the wallets of middle America. READ MORE

Click here to make a contribution online, or mail your gift to The Heartland Institute, One South Wacker Drive, Suite 2740, Chicago, IL 60606. To request a FREE wills guide or to get more information to plan your future please visit My Gift Legacy http://legacy.heartland.org/ or contact Gwen Carver at 312/377-4000 or by email at gcarver@heartland.org. 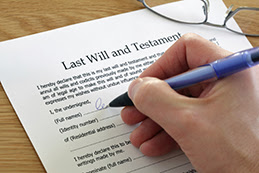 Progressives Say No to Meat, But the World Thinks Otherwise

Does the #SendAScepticToSpace Crowd Realize Astronauts are Skeptics Too?

Governor Dayton’s Budget Proposal Leaves Much to Be Desired

“Impact Fees” to Hold Down Property Taxes Actually Drive Them Up