Top Posts
A Vision for Tobacco Policy; 2020 Edition
The Super Bowl Proves that America Is Not...
Prosperity and Inequality
Heartland Weekly – Canceling Student Debt Would Be...
Independence Day in Britain!
Miss Virginia Makes the Grade
The Thunberg Fallacies
Dr. Richard Keen, R.I.P.
Government Spending Gets Even More Out of Control
Polar Bears: The End of a Climate Delusion...
Home Budgets/Taxes Heartland Weekly: The Crucifixion of a Climate Scientist

Heartland Weekly: The Crucifixion of a Climate Scientist

Keely Drukala is the Deputy Director of Communications at The Heartland Institute. Prior to joining Heartland in 2007, Keely worked as office manager for the Cook County Republican Party. She co-chaired the 2006 Cook County Republican Convention, the first county convention in more than 20 years. In 2007, Keely ran for Illinois State Representative, and although unsuccessful, she was endorsed by the Chicago Tribune over the incumbent.

If you don’t visit Somewhat Reasonable and the Heartlander digital magazine every day, you’re missing out on some of the best news and commentary on liberty and free markets you can find. But worry not, freedom lovers! The Heartland Weekly Email is here for you every Fridaywith a highlight show.

Florida Lawmakers Propose Sin Tax on Nightclubs
Alexa Moutevelis, the Heartlander
Floridians heading to “gentlemen’s clubs” in the Sunshine State may soon be paying an extra cover charge. One would go to the bouncer, and another $10 would go to the state. No word yet on if this proposed new tax must be paid in singles. READ MORE

Better Price Controls Won’t Fix Medicare
Sean Parnell, Orange County Register
The Obama administration recently announced it will shift how it pays doctors under Medicare, seeking to reward “value” instead of “volume.” This is likely to be yet another fiasco, with elderly patients and taxpayers falling victim to the dreams of bureaucrats and central planners. READ MORE

The Crucifixion of Dr. Willie Soon
Sean Parnell, Orange County Register
The science is not on their side, so climate alarmists and their media allies are getting desperate and vicious with their smears and lies. They’ve gone full Alinsky on their latest target: Willie Soon. They are trying to freeze him, polarize him, and isolate him. It will not work. It must not work. READ MORE 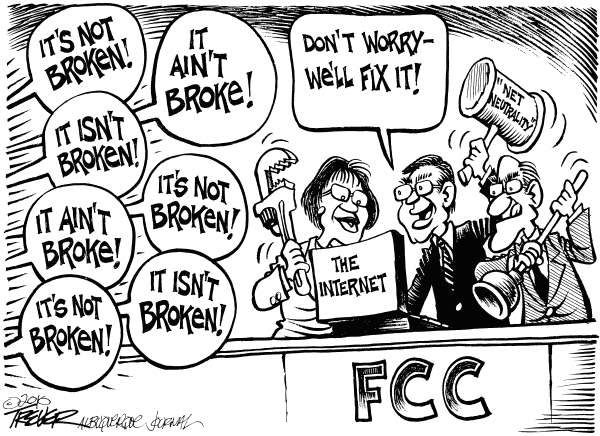 Give The Gift of Stock
Now is a great time to donate appreciated stocks and supercharge your charitable contribution to TheHeartland Institute! The S&P 500 just reached another all-time high, and the Nasdaq a 15-year high.

When you donate appreciated securities directly to The Heartland Institute, you get a charitable deduction for the full market value of the securities on the day we receive them. No capital gains taxes or Medicare surtaxes are generated when you donate your securities.

The Incompetent, Abusive, Dishonest, and Anti-Transparent Government Has Grabbed the Internet
Seton Motley, Somewhat Reasonable
Thursday was a very bad day for freedom. It is the day the free-speech, free-market Xanadu that is the Internet was unilaterally seized by the Obama administration. Per the president’s demand, the allegedly independent Federal Communications Commission is pretending to be Congress – and writing new Web-regulating laws for itself. READ MORE 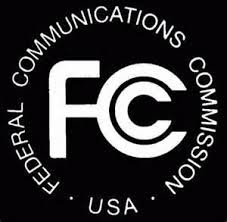 IL Gov. Bruce Rauner Goes After Healthcare Costs
Scott Reeder, the Heartlander
The governor some on the left have called “Scott Walker on steroids” wants to reduce what Illinois spends on health insurance for its own employees as well how much money it is funneling into Medicaid. Gov. Bruce Rauner (R), however, acknowledged his proposed savings would only be fully realized if state worker unions cooperate. Good luck with that. READ MORE 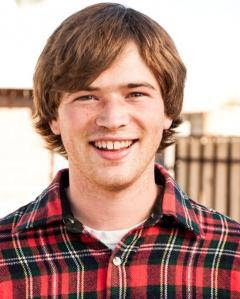 Louisiana Lawmakers Propose State Film Tax Credit Reforms
Jeff Reynolds, the Heartlander
“I think it was Bastiat who wrote about ‘the seen and the unseen.’ The film tax credit is popular partly because it’s so visible,” said Kevin Kane, president of the Pelican Institute for Public Policy. “You see film crews all over town, you turn on television, and you see shows and movies that were filmed in Louisiana.” READ MORE

Obama Administration Preparing for Adverse SCOTUS Ruling on Obamacare
Sean Parnell, the Heartlander
The president has two very obvious plans. The first is to exert enormous amounts of political pressure on Congressional Republicans to add the words “or the federal government” right after the words “established by the state” in Obamacare. The second is to exert enormous amounts of pressure on states that didn’t set up exchanges to do so now. READ MORE

Click here to make a contribution online, or mail your gift to The Heartland Institute, One South Wacker Drive, Suite 2740, Chicago, IL 60606. To request a FREE wills guide or to get more information to plan your future please visit My Gift Legacy http://legacy.heartland.org/ or contact Gwen Carver at312/377-4000 or by email at gcarver@heartland.org.

The Word from Brazil

Emotional Learning Will Be the Downfall of Society

The Real Defense of Right to Try

Global Warming? The Pope is Wrong

The Mechanics of a Free Society