Heartland Weekly: What Grade Did Your State Earn on Welfare Reform?

Keely Drukala
Keely Drukala is the Deputy Director of Communications at The Heartland Institute. Prior to joining Heartland in 2007, Keely worked as office manager for the Cook County Republican Party. She co-chaired the 2006 Cook County Republican Convention, the first county convention in more than 20 years. In 2007, Keely ran for Illinois State Representative, and although unsuccessful, she was endorsed by the Chicago Tribune over the incumbent.

If you don’t visit Somewhat Reasonable and the Heartlander digital magazine every day, you’re missing out on some of the best news and commentary on liberty and free markets you can find. But worry not, freedom lovers! The Heartland Weekly Email is here for you everyFridaywith a highlight show.

Greenpeace Co-founder: Why I Am a Climate Change Skeptic
Patrick Moore, the Heartlander
“The IPCC’s followers have given us a vision of a world dying because of carbon-dioxide emissions. I say the Earth would be a lot deader with no carbon dioxide, and more of it will be a very positive factor in feeding the world. Let’s celebrate carbon dioxide.” READ MORE

Why Republicans Need to Repeal Obamacare One More Time
Ben Domenech, the Heartlander
Republicans need to take the important step of actually sending the Obamacare repeal to the president’s desk in their budget – simply to prove to the media and the populace that the law can be repealed via that method. It will clarify the matter for voters and turn 2016 into a clear-cut election that will decide whether the law stands or falls. READ MORE

Heartland’s 2015 Welfare Reform Report Card
Which states got straight As for their welfare reform policies? Which states are at the bottom of the class? Find out by using Heartland’s new interactive map for the 2015 Welfare Reform Report Card. The result of two years of research, this new report examines who is implementing the best policies for pulling people out of poverty and into a productive life of work and responsibility. READ MORE

INTERVIEW: Patrick Moore Makes the Case for Climate Skepticism, Biotech Foods
Host Sterling Burnett talks to Patrick Moore, chairman of Allow Golden Rice, about why he helped found and ultimately left Greenpeace because it became “anti-human.” That tendency is exemplified by how the environmental left is against vitamin-enriched Golden Rice, which would save millions of children in the world’s poorest countries. READ MORE

Heartland Is Hiring!
Do you believe in smaller government and more individual liberty? Do you believe free markets solve social and economic problems better than government planning? The Heartland Institute might have just the job for you! We’re looking for eager self-starters to manage several important projects that will have a real impact on policy in this country. READ MORE

Seven States that Deserve an ‘F’ for their Welfare Programs
Gary MacDougal and Justin Haskins in The Hill
Despite the many improvements in the welfare system since the 1996 overhaul, many states’ welfare programs continue to lag behind the rest of the nation because they fail to implement simple, common-sense reforms. Heartland’s 2015 Welfare Reform Report Card identifies the worst of the worst. READ MORE

Education Trend: Number of Homeschooling Black Families Skyrockets
Heather Kays, the Heartlander
“I think parents just got tired of asking for the educational system to understand their children, so they became the educational institution that they wanted to see. We have participated in a field trip to Biltmore Estates to learn about the farm-to-table movement, studied 1800s life in historic Roswell, walked the path of the Birmingham Civil Rights marches, visited a wildlife rescue, and toured the historic home of Laura Ingalls Wilder. These are all trips that we could have taken on a weekend, but it would have felt rushed. The fact that we were able to complete these trips as part of our homeschool curriculum made it more enjoyable.” READ MORE

Climate Witch Hunt Is Bad for Science, Bad for Witch Hunters
H. Sterling Burnett in the Daily Caller
“Desperate times breed desperate measures, and for climate alarmists these are desperate times. … Perhaps this explains their desperate attempts to smear the reputations of climate researchers who scientifically reject any aspect of the ‘human-catastrophic-climate-change-connection.’” READ MORE

John Stossel Tackles Chicago Corruption
Fox Business Channel’s John Stossel aired an hour-long special about political corruption in Chicago. Right. We had the same reaction: Only one hour? Heartland friend Adam Andrzejewski of OpenTheBooks.com was a guest of Stossel and described The Chicago Way – how a city came to pioneer corrupt practices. READ MORE 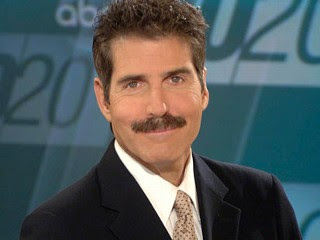 Millennials’ Dangerous Growing Addiction to Government
Justin Haskins in The Blaze
“When a friend and recent college graduate informed me he was receiving food stamps, I was floored. He is a healthy, educated, intelligent individual, but, like many of the millennials I know, entitled. Completely and utterly entitled. … Somewhere in Fairfax County, Virginia, George Washington is rolling over in his grave.” READ MORE

The FCC Delivers the Latest Dose of Obama Cronyism
Seton Motley, Somewhat Reasonable
“The Obama administration rewarding its friends and punishing its enemies – the Crony Socialist twofer. It’s way past time for Huge Government to stop trying to micro-manipulate the private sector. The ends never justify the means – and the intended ends are never met.” READ MORE

Click here to make a contribution online, or mail your gift to The Heartland Institute, One South Wacker Drive, Suite 2740, Chicago, IL 60606. To request a FREE wills guide or to get more information to plan your future please visit My Gift Legacy http://legacy.heartland.org/ or contact Gwen Carver at 312/377-4000 or by email at gcarver@heartland.org.

Aren’t We All Looking Forward to ‘Internet at the Speed of Government?’

This Year’s Atlantic Hurricane Season Has Not Been Historically Unusual

To Tackle National Debt, Sizing up the Problem is Key Step

The Revised Definition of GDP Concerning R&D, its Connection to Human Capital

Why Solar Power is Permanently Inefficient