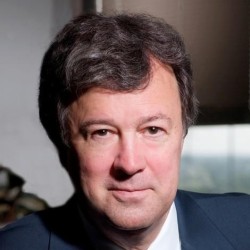 John Goodman
John C. Goodman is Senior Fellow at the Independent Institute, president of the Goodman Institute for Public Policy Research, and author of the widely acclaimed, new Independent book, A Better Choice: Healthcare Solutions for America, and the award-winning Independent book, Priceless: Curing the Healthcare Crisis. The Wall Street Journal and the National Journal, among other media, have called him the “Father of Health Savings Accounts.”

And the tax treatment of Obamacare subsidies is so complicated, even the IRS has trouble getting things right. The agency admits that it sent the wrong forms to 800,000 taxpayers.

The first problem arises because Obamacare is trying to force people to buy the wrong kind of insurance — high deductibles without annual or lifetime limits, instead of less costly insurance for the types of services young, healthy families are likely to need.

The second problem arises because the way the subsidy is delivered is inconsistent with the way low- and moderate-income people manage their family budgets. People who are living paycheck-to-paycheck don’t have a couple of thousand dollars to give back to Uncle Sam, because they didn’t accurately predict their income last year. With a universal tax credit, no one would have needed to guess their income – because the subsidy would have been the same, regardless of income.

The third problem arises because the Obamacare law represents a Rube Goldberg set of compromises, designed to meet the needs of special interests rather than the needs of ordinary people.

Nevada Legislators Want to Put Parents in Control of Education

The EU, US Approaches to Endocrine Disruptors Have Been Appropriate Until Now