Pipelines Are Safer than ‘Safe Sex’
Isaac Orr, Breitbart
The controversy over the Dakota Access Pipeline has brought the safety of transporting oil and natural gas to the forefront of the national debate over energy policy, a debate that was recently amplified when 176,000 gallons of crude oil spilled near Belfield, North Dakota. Pipeline opponents say the spill is proof pipelines cannot be operated safely, but the truth is pipelines are much safer than many other human activities, including “safe sex.” READ MORE. 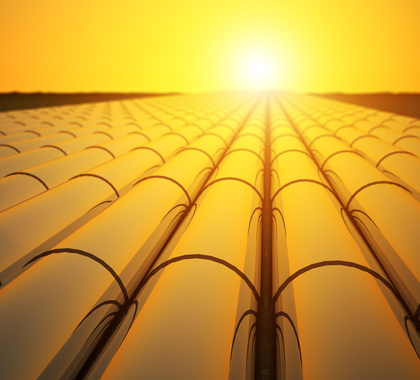 Heartland’s Quarterly Performance Report: A Second Chance for Freedom
Joseph Bast, QPR
The election of Donald Trump as president of the United States and Republican victories down the ballot in Congress and in state capitols across the country were good news for freedom lovers. We have an opportunity to avoid an abyss – a second chance the nation probably didn’t deserve but can now embrace. READ MORE.

Climate Change 101: Evidence Humans Aren’t Destroying the Climate
H. Sterling Burnett, RedState
There is no question humans have changed the climate on a regional scale – and not always for the better. In some places, deforestation and slash-and-burn farming have resulted in shifting rainfall patterns, flooding, and desertification. However, the evidence suggests human greenhouse-gas emissions are having only a very small impact on global climate, with virtually all the alarmists’ model predictions routinely failing to match reality. In fact, human CO2 emissions are more likely to benefit the environment than harm it. READ MORE.

Featured Podcast: William Yeatman – First Steps for the Trump Administration: Champion Affordable Energy
For the past eight years, environmental groups that supported the Obama administration were given the keys to EPA where, driven by an ideologically based hatred of fossil fuels, they did their best to shut down the production and use of coal, oil, and natural gas. But those days are over. William Yeatman of the Competitive Enterprise Institute joins Environment & Climate News Managing Editor H. Sterling Burnett to celebrate the end of the Obama administration and look forward to a future of sensible regulation that protects the environment while encouraging responsible energy production and economic progress. LISTEN TO MORE.

SUBSCRIBE TO HEARTLAND’S FREE NEWSLETTERS!
Have a passion for health care policy? Want to learn more about homeschooling and educational choice? Do you need to keep up with the latest environment and climate news from around the world on a weekly basis? Then do what thousands of Heartland fans do and subscribe to one of our 11 regular email newsletters. Written and researched by Heartland’s scholars and managing editors, our email newsletters will ensure you are never out of the loop on the issues that matter to you. If you like what you see, encourage your friends and colleagues to subscribe to these excellent and free newsletters that hit your inbox on a regular schedule. SUBSCRIBE HERE.

The Last Gasps of Obama’s Imperial Presidency
Justin Haskins, The Hill
President Barack Obama is exploiting every last second he will be in power, issuing a slew of regulations that defy the will of local and state governments, the American people, and his co-equal peers in Congress. Hopefully, Donald Trump will use his time in office to advance the cause of liberty by working to undo the many anti-liberty actions taken by the Obama administration. READ MORE.

‘Rogue’ State Lawmakers Should Write Health Care ‘Star Wars’ Episode
Michael Hamilton, Consumer Power Report
Any lawmaker, health care policy geek, or ordinary citizen suffering under the Affordable Care Act who sees Rogue One: A Star Wars Story may glimpse a parallel or two between the intergalactic power struggle on screen and the real-life struggle to liberate health care markets from imperialist elected and appointed officials. State lawmakers should not wait for Donald Trump and Congress to figure out how to destroy the Death Star of overregulation. READ MORE.

New Year, New Administration: What to Expect
Teresa Mull, School Choice Weekly
A new year is upon us, and it promises to be a great year for the cause of school choice. The writers at Education Week provide a list of happy developments to watch for in 2017, including: the confirmation of Common Core opponent Betsy DeVos as Secretary of Education and her picks for key staff positions; Donald Trump’s decision on what to do with the Every Student Succeeds Act (ESSA); and teachers unions in Los Angeles becoming so marginalized that a “Tweetstorm” against Trump qualifies as aggressive action. READ MORE.

Bonus Podcast: Dr. Zachariah Hildenbrand: Does Fracking Affect Air Quality?
Dr. Zachariah Hildenbrand joins Heartland Institute Research Fellow Isaac Orr to discuss his latest research examining the concentrations of toxins at fracturing sites in the Eagle Ford Shale of Texas. Results varied depending on location, but the amount measured was less than the “harmful” standards set forth by the Occupational Safety and Health Administration. LISTEN TO MORE.

Education Policymakers Should Consider Kids’ Happiness by Giving Parents More Power
Teresa Mull, Townhall
Education policymakers need to take into account what makes the students they’re supposedly trying to educate happy. That’s not to say we let pupils take over the schools, nor should administrators cater to the ever-changing whims of a child. But it is important for legislators to consider what is holistically good for the children they have been charged with helping, rather than what will boost their own egos. Happy children, after all, tend to do better in school. READ MORE.

Veterans Call for Accountability as Fix for VA Health Care System
Dustin Siggins, Health Care News
President-elect Trump has not yet named a secretary for the Department of Veteran Affairs. Over the course of his campaign, Trump emphatically championed reform to this scandal-ridden agency, pledging to better the welfare of America’s ailing veterans. With Inauguration Day approaching fast, veterans are calling on Trump to nominate a leader who can guarantee transparency, improve quality, and hold people accountable for the missteps of the past. Former Alaska Gov. Sarah Palin is reportedly on Trump’s short list for the post. READ MORE.

New Webpage on Wikipedia’s Lies
Now there is a single website that collects dozens of articles, including scholarly research, on how Wikipedia, the “free encyclopedia,” is actually the fake encyclopedia. Wikipedia is the first place millions of people go to learn about organizations and individuals they hear about in the news or online, but the profiles posted there are biased, unreliable, and often libelous. The Heartland Institute’s Wikipedia profile contains many lies and errors, but we are not alone: thousands of profiles have been similarly hacked by leftist activists. READ MORE

Wasserman’s Twisted Tale About the Austrian School of Economics

The War Against Tobacco Flavors Will Fail