If you don’t visit Freedom Pub and the Heartlander digital magazine every day, you’re missing out on some of the best news and commentary on liberty and free markets you can find. But worry not, freedom lovers! Heartland Weekly is here for you every Monday with a highlight show. Subscribe to the email today, and read this week’s edition below.

Entire Campus Should Be Safe Space for Free Speech
Robert Holland, Townhall
In a simpler age, one major reason a young scholar would go to college was for the exposure he or she would receive to a wide spectrum of viewpoints, vigorously and freely debated. Sadly, many institutions of higher learning now seem determined to protect students from free speech, especially if views run counter to progressive orthodoxy. READ MORE

Occupational Licensing Reform Gives More Americans a Shot at Success
Jesse Hathaway, The Hill
Government regulations are keeping down young people at the expense of established, older generations. Instead of using occupational licensing rules to protect their cronies from competition, lawmakers should reform and remove these unfair and unnecessary rules, giving everyone a shot to succeed in life. READ MORE

Greenpeace Is a Global Fraud
According to a lawsuit filed on May 31, 2016, Greenpeace is “a global fraud” that has “fraudulently induced people throughout the United States and the world to donate millions of dollars based on materially false and misleading claims about its purported environmental purpose and its ‘campaigns’ against targeted companies.” The Heartland Institute is keeping an eye on the story, so visit our special page on Greenpeace to stay up to date. READ MORE

“No Consensus on Climate Change” Campaign Shifts into High Gear
Why Scientists Disagree About Global Warming
When an Ohio public school teacher received a copy of our newest book, Why Scientists Disagree About Global Warming, she replied with an email asking why we “assume that I am not a scientist with advanced science degrees” and then proceeded to tell us to “Stop pedaling [sic] your agenda and wasting our resources.” It’s too bad she’s indoctrinating students rather than teaching real science, but at least she’s not teaching English! This week, we sent Why Scientists Disagree tothousands of teachers, professors, and civic and business leaders nationwide. READ MORE 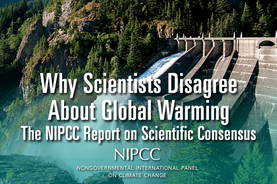 THURSDAY & FRIDAY: HEARTLAND’S NEXT CLIMATE CONFERENCE!
The most important conference on climate change held in 2017 is taking place on Thursday and Friday, March 23–24, in Washington DC. An all-star line-up of scientists, economists, and elected officials will explain how and why the Trump administration should reset climate policy away from the fake science and alarmism of the Obama years and toward real science and data. Speakers include Rep. Lamar Smith (R-Texas), chairman of the House Science, Space, and Technology Committee; Sen. John Barrasso (R-WY), chairman of the Senate Environment and Public Works Committee; Don Easterbrook, Ph.D. (Western Washington University); Myron Ebell (Competitive Enterprise Institute); Bette Grande (former state legislator, ND); Mary Hutzler (Institute for Energy Research); Patrick Michaels, Ph.D. (Cato Institute); Lord Christopher Monckton; Willie Soon, Ph.D. (Harvard-Smithsonian Center for Astrophysics); and many others. If you can’t be there in person, watch it live online! MORE INFO HERE

Trump Slashes Climate Budget, Other Programs
H. Sterling Burnett, Climate Change Weekly
President Donald Trump is keeping his commitment to reduce the size of government in part by cutting the staff and power of regulatory agencies, especially those with environmental and energy responsibilities, which he says have harmed businesses and cost jobs for little or no health or environmental gains. In addition, each agency’s remaining funds are being redirected to serve their core missions. READ MORE

How ‘Gasland’ And Other Fracking Pseudoscience Hurt Property Values
Isaac Orr, RedState
Anti-fracking activists claim the decades-old method of extracting energy resources from underground is the cause of a whole host of ills, from the infamous flaming faucets in the movie Gasland to contaminated water wells. Yet no less an authority than President Barack Obama’s Environmental Protection Agency concluded in a massive, multi-million-dollar study that fracking-linked water contamination is rare relative to the number of wells drilled – meaning the fears ginned up by the “fracktivists” are unfounded. READ MORE 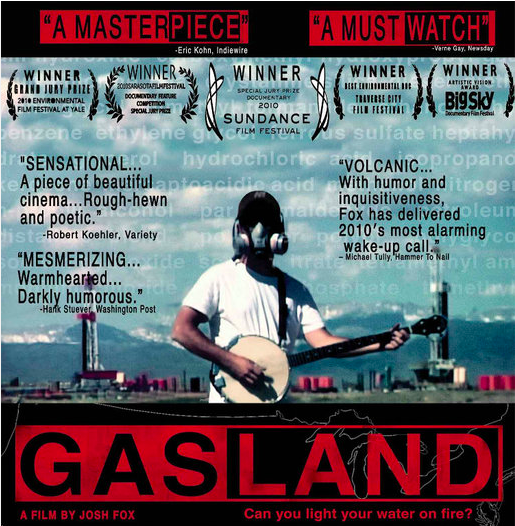 How ‘Gasland’ And Other Fracking Pseudoscience Hurt Property Values
Isaac Orr, RedState
Anti-fracking activists claim the decades-old method of extracting energy resources from underground is the cause of a whole host of ills, from the infamous flaming faucets in the movie Gasland to contaminated water wells. Yet no less an authority than President Barack Obama’s Environmental Protection Agency concluded in a massive, multi-million-dollar study that fracking-linked water contamination is rare relative to the number of wells drilled – meaning the fears ginned up by the “fracktivists” are unfounded. READ MORE

Health Care News: Republicans Step Up Progress on Obamacare Repeal
The April 2017 edition of Health Care News is online and available in PDF format. In this issue, read about how the U.S. House of Representatives is considering a bill that would replace the Affordable Care Act (ACA) as early as this month, preceding by more than a year one of the deadlines President Donald Trump has stated for repealing Obamacare. READ MORE

Bonus Podcast: Corey DeAngelis: The Economic Benefits of School Choice
Corey DeAngelis of the University of Arkansas joins School Reform News Managing Editor Teresa Mull to discuss why school choice is good for more than giving students a better education: It makes whole societies better. The pair discuss studies by DeAngelis and his team that show just how beneficial school choice is to various societies around the world. DeAngelis also explains how, despite school choice producing nothing but positive results, members of the education establishment with special interests stand in the way of its expansion. LISTEN TO MORE

The National Debt Limit Equals a Balanced Budget
Richard Ebeling, The Future of Freedom Foundation
The fact is government and its spending are out of control. In its January 2017 long-run “Budget and Economic Outlook” report covering the next ten years, the CBO estimates that continuing, and indeed rising, annual budget deficits between 2017 and 2027 will likely bring the federal government’s overall debt to at least $30 trillion, a 50 percent increase in the national debt in ten years or less. READ MORE

Health Care Spending Increases, Federal Share Rises
Michael McGrady, Health Care News
Sally Pipes, president and CEO of the Pacific Research Institute, says throwing tax dollars at the health insurance industry under ACA has increased the cost of health care. “While it is true that the federal government is the largest health insurance purchaser in the nation, the costs are high and patients do not receive the best care,” Pipes said. “One of the two main pillars of Obamacare, according to President Obama, was to bring the cost of health care down.” READ MORE

The Social Cost of Carbon Regulations

The President and the Purposes of the Foreign Emoluments Clause (Part III): Presents and Emoluments

In Health Care, Freedom Is the Only Way Forward

In The Tank (ep90) – Center of the American Experiment, Stadium Subsidies, and NY Universal Health Care

Campaign 2016: Nobody Cares About Climate Change

America Needs to Use More Energy, Not Less