Newly-elected Democratic Illinois Gov. J.B. Pritzker said “I believe in science” in his inaugural address but then promptly said he would take action to combat ideal climate conditions for Illinois crops. Trumpeting false and debunked climate scare tactics, Pritzker signaled he would take action to restrict carbon dioxide emissions and fight the recent climate conditions that have fostered record crop output on a nearly annual basis.

The U.S. Department of Agriculture (USDA) projects Illinois farmers will set new records for yields per acre for corn and soybeans. Although wheat yields did not set a new record in 2018—unusually cold March and April temperatures stunted growth—farmers achieved record wheat yields in 2016 and 2017.

Corn production continues to soar throughout the most important corn-producing states. “Record corn yields also were forecast in Iowa (206 bushels per acre), Indiana (192), Nebraska, Ohio and South Dakota,” according to Farm Week Now.

Weather and climate data from the National Oceanic and Atmospheric Administration (NOAA) confirm that climate conditions are becoming more ideal in recent decades for Illinois crops.

“Precipitation in spring and summer has generally been above average over the past two decades,” affecting agriculture in a “positive” way by providing desirable soil moisture, NOAA’s Illinois state climate summary reports.

“On average, Illinois has experienced above average precipitation in spring and summer over the past two decades (Figure 4),” NOAA observes. “While precipitation during these critical growth months is important for adequate soil moisture, it is also vital for proper planting and root development. Poor root development in important state crops, such as corn and soybeans, can lead to reduced plant absorption of nutrients and water from the soil, increased soil erosion, and loss of nutrients from the fields into the rivers and streams.”

According to NOAA, “The driest multi-year periods [in Illinois] occurred in the majority of years in the first half of the 1900s.”

Although more precipitation is improving soil moisture, there is no sign of the summer heat waves and droughts that global warming alarmists have long been predicting for farmers in Illinois and the nation. In Figure 1 and Figure 2 below, NOAA shows that temperature increases are occurring in the spring, allowing earlier and more conducive spring crop growth, while there has been no increase in summer temperatures. 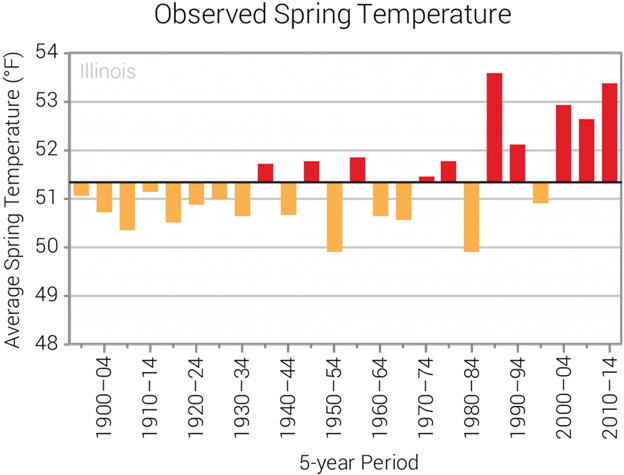 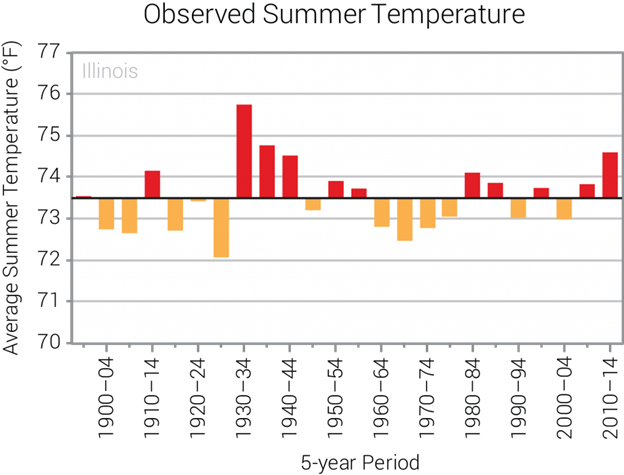 Just as importantly, there has been no increase in extreme summer heat events. To the contrary, as shown in Figure 3 below, temperatures are becoming more stable and predictable, while extreme heat is becoming less frequent. 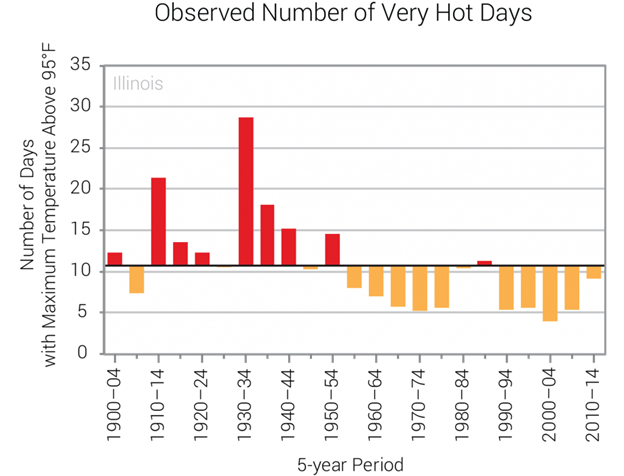 Figure 4, below, confirms NOAA’s reports that precipitation continues to improve for Illinois farmers. 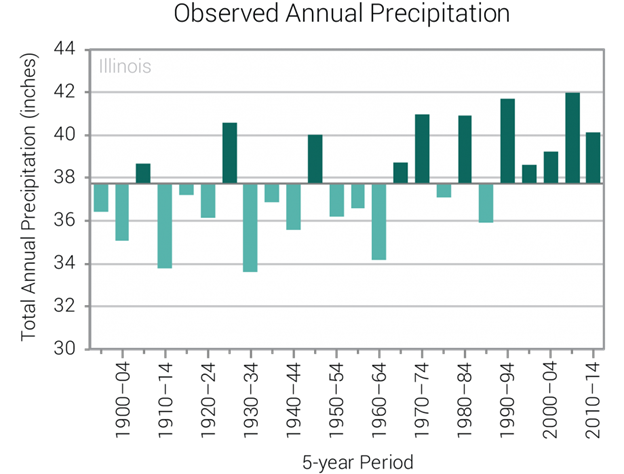 The answer appears to be that Pritzker is ignorant of the science and merely parrots the talking points of the extreme environmental Left. If he truly believes in science, Pritzker will welcome the atmospheric carbon dioxide and beneficial climate conditions that are causing global greening and record crop production in Illinois, the United States, and across the world.

A ‘Revenue Neutral’ Carbon Tax Is a Costly Myth

What If Obama Believed in Individual Liberty and Free Markets?

This Term, Pay Close Attention to These Eight SCOTUS Cases