College Carnage
Climate Alarmisim, a False Flag for Control
CFPB Shouldn’t Exist. It Should Stop Expanding Its...
Fighting Fascism Once Again
Losing A Generation
New Pandemic Treaty (WHO CA+)
A Pandemic Amnesty?
Today’s Economic Challenges Exacerbated by Ponzi Schemes
The Coming Crash of the Climate Cult
Citizens of the Same World
Home Environment/Energy An Idea Whose Time Has Come

An Idea Whose Time Has Come

Greg Walcher
Greg Walcher is one of the most recognized and respected national leaders in natural resources policy. He is founder and president of the Natural Resources Group, a nationwide ad-hoc coalition of consultants with natural resources expertise. He is also a partner in the global public affairs firm, The Stillwell Group, a senior advisor to the respected environmental permitting firm of Dawson and Associates, and a senior fellow at the American Tradition Institute. Walcher served in the cabinet of the governor of Colorado, leading the state's Department of Natural Resources, a department of 2,500 employees, eight divisions, 14 boards and commissions, and a $180 million budget. Walcher and his wife Diana own an orchard of 4,000 peach trees, and operated a direct marketing and fresh fruit shipping business with customers in over 40 states. Their operation was featured in "Gourmet Magazine" as a cutting-edge example of niche marketing and high quality.

Gustave Aimard famously wrote that “There is something more powerful than the brute force of bayonets: it is the idea whose time has come.” It could well be said of this week’s announcement that the Interior Department will, at long last, move the headquarters of the Bureau of Land Management (BLM) to Grand Junction.

The BLM has never belonged in Washington. It manages 247 million acres, almost half of all public lands, and 700 million acres of mineral rights, with a unique mission. The National Park Service, Fish and Wildlife Service, and Forest Service, for instance, all have very specific uses, but the BLM is tasked with managing its lands for multiple uses, in numerous categories and under a wide variety of laws.

That includes 18,000 grazing permits, 220 wilderness areas, 27 national monuments, 600 National Conservation Areas, 200,000 miles of streams, 2,000 miles of Wild and Scenic Rivers, 6,000 miles of National Scenic Trails, 63,000 oil and gas wells, 25,000 mines, and 50 million acres of forests. Not a square inch of that is in Washington, D.C. It is in 12 western states: Alaska, Arizona, California, Colorado, Idaho, Montana, Nevada, New Mexico, Oregon, Utah, Washington and Wyoming. It has never made sense for the leadership to work 2,000 miles away, insulated by the inevitably different perspectives of life inside the Beltway.

As a number of articles about the move have pointed out, the number of jobs involved is not large – perhaps only 80, some of whom will likely be located in cities other than Grand Junction. Local officials, and Colorado political leaders, have always understood that. The number of jobs is not really the point. 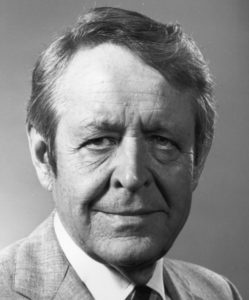 Several writers have mentioned that BLM is already one of the most decentralized government agencies. That’s true, but the dismissive tone in some of the articles makes me smile, because I remember well the controversy surrounding that deconsolidation, especially during the 1980s. Making BLM more responsive to its communities and land users was the top priority of Robert Burford, a Colorado School of Mines graduate who worked in the mining industry and operated cattle and sheep ranches in Western Colorado. He served three terms in the State Legislature, including one as Speaker of the House. He was appointed Director of the BLM by President Reagan, and was one of the few appointees who lasted the entire eight years of that Administration. That’s because despite lots of controversy he was a tremendously successful administrator, with a unique brand of Western Slope common sense that seemed refreshing in Washington.

Burford decentralized numerous BLM operations to field offices, while working to improve relations with land users and local governments. He increased the participation of diverse users in BLM District Advisory Councils, expanded the use of cooperative agreements, and modernized the planning system to include managers and users alike in all aspects of the decision process. And he brought BLM into the information age, making volumes of information available to the public for the first time.

Burford often talked about moving the entire agency out West, including conversations with me and other congressional staffers and their bosses (I worked for Colorado Senator Bill Armstrong at the time). He always met with bureaucratic resistance to the idea, inside his agency and in Congress, so he worked around it. He began rotating state directors in and out of Washington, saying, “People with recent field experience are often the best advisors.” The program was designed “to help whoever sits in the Director’s chair… understand how their decisions affect day-to-day management of the public lands.” That sounds familiar, because it’s the same argument made today by Colorado Senator Cory Gardner, and Interior Secretary David Bernhardt, in announcing the decision.

Thirty years ago, Club 20 called for the BLM to move west, raising the issue with most of Burford’s successors. Numerous leaders from western states discussed it over the years with Interior Secretaries Don Hodel, Manual Lujan, Bruce Babbitt, Gale Norton, Dirk Kempthorne, Ken Salazar, Sally Jewell, and Ryan Zinke. All of them said the idea had merit; none of them flatly opposed it. Many westerners in Congress have supported a move, most recently Congressman Scott Tipton and Senator Gardner, who introduced legislation on the subject more than once. Senator Gardner has beat the drum for several years at a variety of hearings and events.

There is still opposition, because Washington always guards its turf. House Resources Committee Chairman Raul Grijalva criticized the decision, but it seems unlikely Congress will summon the bipartisan majorities needed to block it. A couple national environmental groups are critical, and some BLM retirees. But Secretary Berhardt is right when he says the quality of life will improve dramatically for employees privileged to move to Colorado.

People make better decisions if they have to walk down Main Street the next day, facing the folks whose lives are affected. That is common sense. It sometimes seems rare in Washington, but in this case it is being realized because of the perseverance of Secretary Bernhardt, Senator Gardner, the Grand Junction Economic Partnership, and many others who have worked on it for so long. They have turned common sense into an idea whose time has come.

Never Have US Health Professionals Been So Foolish

Learning Liberty and the Power of Principles

Both Parties are Fractured, but on Energy, Each is Unified

Message to California’s Newsom – Blame Fires on Uncleared Fuel, Not the Utility Company