written by Joe Bastardi August 26, 2021
Joe Bastardi
Chief forecaster at WeatherBELL Analytics
Joe Bastardi is chief forecaster at WeatherBELL Analytics, a meteorological consulting firm. His reputation for making bold and accurate forecasts has landed him on major television programs including Fox News Live, ABC World News, The O’Reilly Factor, The Colbert Report, CBS’ The Early Show, Imus in the Morning, and several others. Additionally, Mr. Bastardi is well known for his blog featuring the popular videos “The Atmospheric Avenger” and “The Raging Weatherbull.”'
Latest posts by Joe Bastardi (see all)

Of course, the usual suspects are fulminating over the Tennessee flood,

It’s like they don’t know, and this is off the top of my head,  what happened in the summer of 1969 with the July Derecho in NE Ohio. over 40 killed 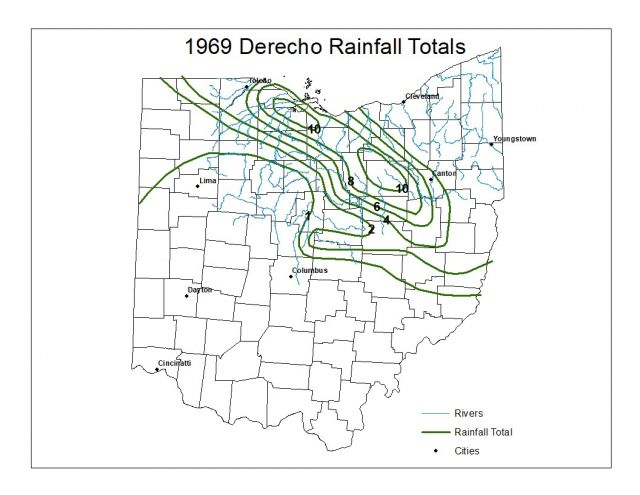 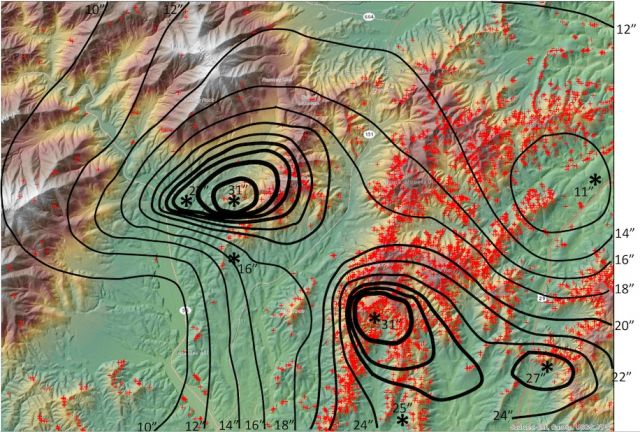 what happened in Johnstown in 1977 over 75 killed

The  east Tennessee floods of 1867 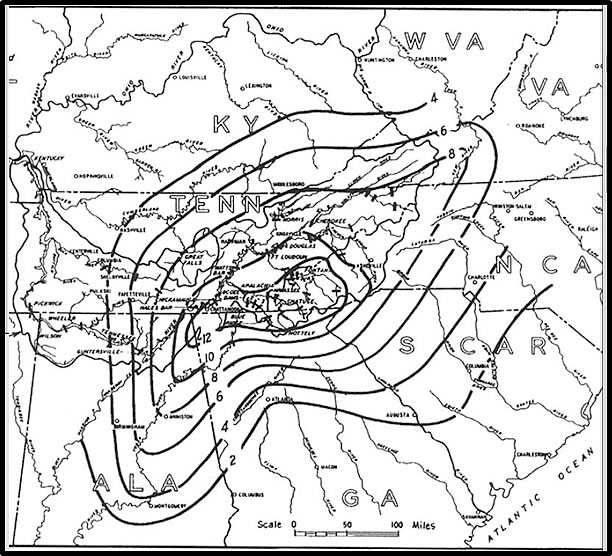 But this is how weather rolls today. No perspective. No mentioning that perhaps the urbanization around Nashville may have affected the way water would have naturally rolled off. Or the difference in the number of people in harm’s way. So any weather event is weaponized and tragedy exploited at the altar of this agenda.

Recently a prominent climate scientist said July was a Frankenstein month,  There is talk of how extreme this year has been.  I want  you to look at a year off the top of my head again, 1936.

Look at Feb that year 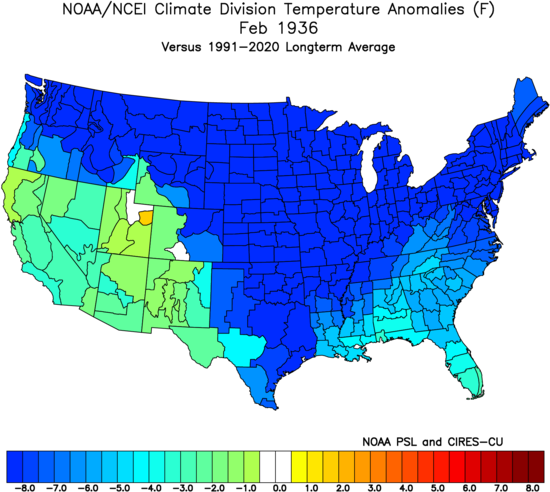 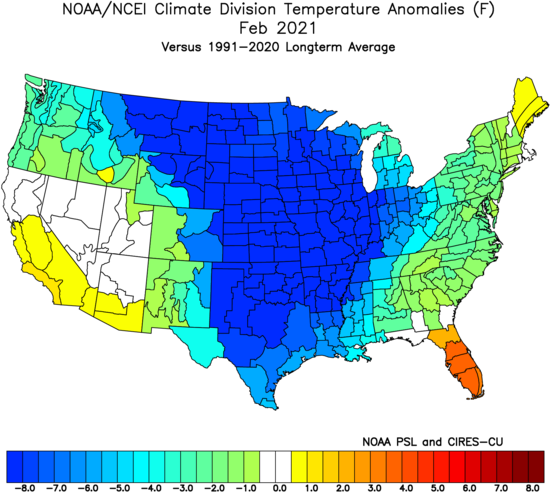 Look at July that year 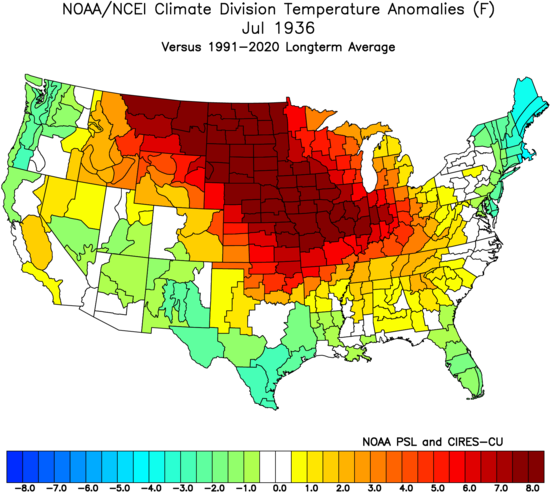 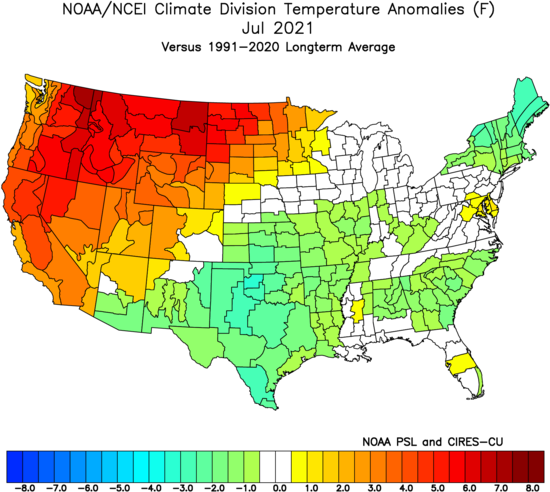 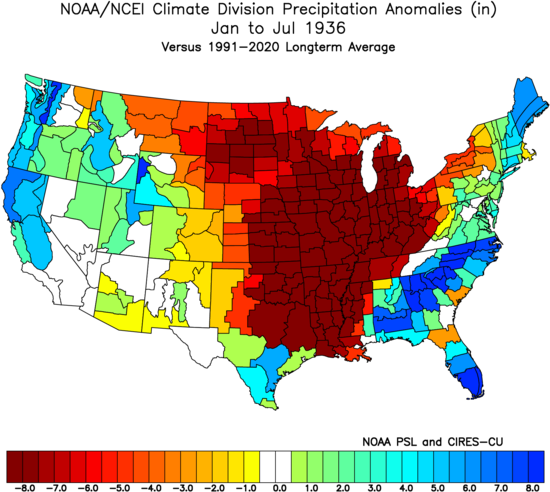 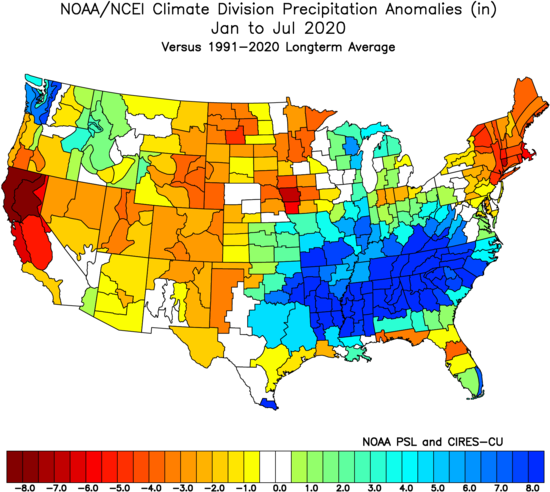 larger drier area in places where we grow food

1936 had major flooding too

so far this year 5 landfalls tropical storms, but with not one being a hurricane, a record for capping of storm intensity!

So we have this from Drudge 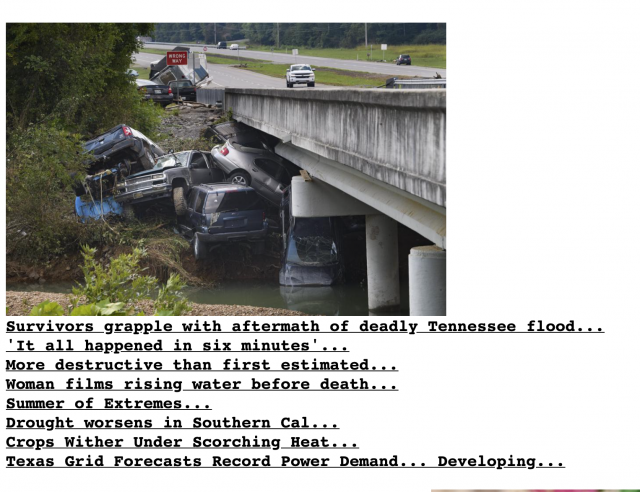 This from the WSJ is hard to believe.

But how the heck is this as scorching hot a summer as this is leading people to believe compared to some past summers, one of them shown to you , that were worse, in a decade where almost every summer was worse?

We are in bad shape in the Dakotas and Minnesota as far as crops. but that is a small area compared to the rest of the heartland where we grow food. The Western heat is well known, but August has been cooler 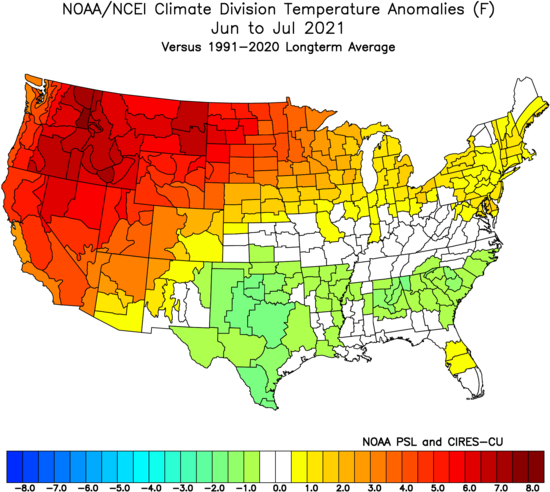 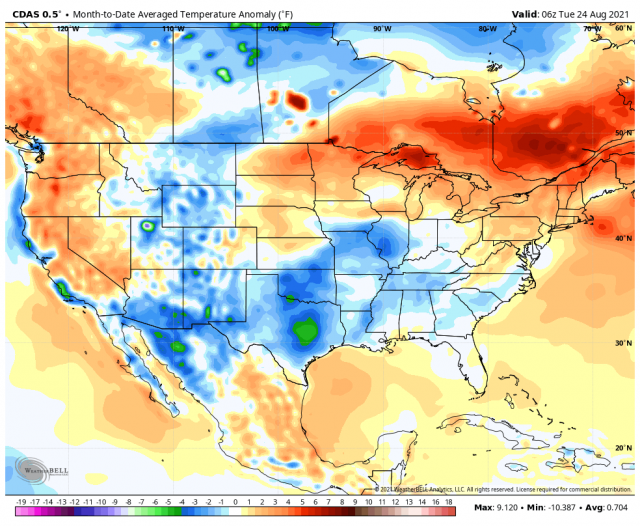 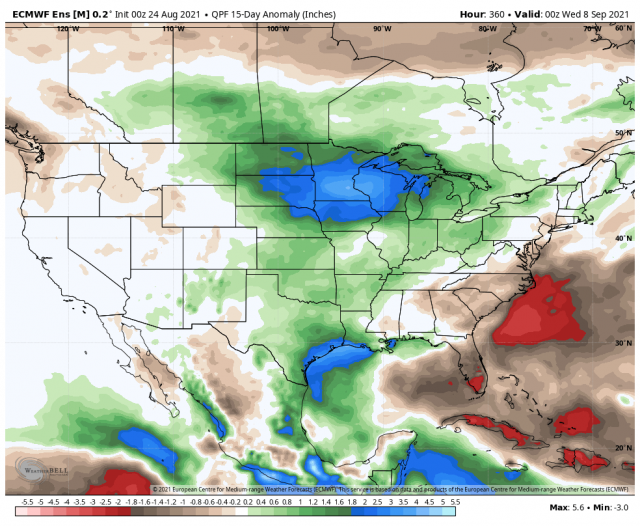 Why no mention of the relief coming? Cause it would mean that the severity would be reduced and the missive minimized.

The Texas heat was forecasted 2 weeks ago by my company based on the idea of tropical cyclones staying to the east and south  Same thing happened with Claudette. But look at how cool the Texas summer has been ( above)!  So they jump on a 5-day hot spell in the heart of a cool summer

In fact this is a comment from one of my clients in response to using that idea to forecast this Texas heat:

Nailed both — thank you!”

My point: you can see it coming, but until it happens no one says boo, then weaponizes it

No perspective, just the same one-sided hysteria. And it is the same thing, We forecasted a hot summer in the west from April ( after thinking it would be centered in the south in March).  So s this what you want? Wait until the extreme event happens, even though it is not as bad as before and there were indications of it in pre-season ideas, and then NO PERSPECTIVE?    Or no forecasts as above of the relief coming?

So if I am right about a hurricane hitting Texas next week after the unheard-of event of 5 tropical storms BUT NONE HURRICANES hitting the US, is that going to be some big shock?

If we can not get a media that tells both sides of the story, then the story that is being pushed can not be objective, but agenda-driven for another purpose.  TELL THE WHOLE STORY AND DO YOUR JOB.  It might take a lick of guts and a bit of digging, but if you are not, then you are either purposely being deceptive or just flat out ignorant of all that is going on. What are you afraid of if you can not take the time to look for things that I can put together off the top of my head. They are all there and while it took me 45  years of research and experience, it will take you only 45 minutes.

THORNER: COULD BIDEN’S TALIBAN TAKEOVER BE USED BY COVID STASI?

For Bernie, Climate Change is Just a Ruse to Grow Government

Heartland on the Air: H. Sterling Burnett on The Crude Life