Top Posts
Democrats’ ‘Climate Change’ Is Fake – But Their...
Weather, Climate and Model Madness.
The Sandstorm: UTLA President Confirms The Union’s Marxist...
Political Rhetoric Hides the Reality of Peaceful Production...
Biden’s Ninth Circuit Nominee – Was Just Unanimously...
Economic Freedom and Children’s Prosperity
Confronting yet another indoctrinating school year
Identity Politics and Systemic Racism Theory as the...
Biden’s Sell-Out to Radical Leftism Will Replicate the...
Countdown to COP26 on the road to failure
Home Climate Change What Is it with the Fascination with Violence with Man-made Climate Advocates?

What Is it with the Fascination with Violence with Man-made Climate Advocates?

written by Joe Bastardi August 19, 2021
Joe Bastardi
Chief forecaster at WeatherBELL Analytics
Joe Bastardi is chief forecaster at WeatherBELL Analytics, a meteorological consulting firm. His reputation for making bold and accurate forecasts has landed him on major television programs including Fox News Live, ABC World News, The O’Reilly Factor, The Colbert Report, CBS’ The Early Show, Imus in the Morning, and several others. Additionally, Mr. Bastardi is well known for his blog featuring the popular videos “The Atmospheric Avenger” and “The Raging Weatherbull.”'
Latest posts by Joe Bastardi (see all)

Here is the Bastardi rule:

If you want to call something war, you have to have been in war or seen it first hand where your life was at risk, or at least known someone that has been in one or lost someone.

Football, wrestling, any sport. And especially climate and weather where the so-called heroic combatants think they are somehow heroes akin to people who have truly seen war, been killed or maimed in war,  or lost close ones in war.  ARE NOT WARS.  Or if you have been a victim of gun violence, then you have a basis for saying something is akin to having a gun pointed at you.  That’s just my belief. You want to believe you are some kind of great warrior, have at it, But don’t force elevation of self-worth on others.

This brings me  to A recent WSJ blog from Dr. Michael Mann. (who by the way is a brilliant scientist and has a lot of great research. My challenge of him here is because I am an issue by issue person)

The Climate Has a Gun

Those who dismiss risk of climate change often appeal to uncertainty, but they have it backward.

1) If the Climate has a gun, then unlike the real gun problem, it is not man that is pulling the trigger.  The gun can not shoot anyone by itself,  A person has to do it,  Well a person can not control the climate, its the other way around, We must adapt to climate variations and freedom, capitalism and competition is the best way to do it. How else would we figure out how to build giant condos on man-made sand bars ( Miami Beach) What’s crazy is we then blame climate, say it has a gun, when something happens in the very position we put ourseflves in.

Point of fact I had no idea Dr. Mann was writing his second War book on Climate when I wrote my second book.  The Weaponization of Weather in the Phony Climate War. ( phonyclimatewar.com)

a) Weather should not be portrayed as a weapon, B) as shown below calling this war is phony

Dr Mann has 2 War books out:

1) The Hockey Stick and the Climate Wars: Dispatches from the Front Lines

2) The New Climate War: The Fight to Take Back Our Planet

War, What is it Good For? finally, we got the answer.  To combat climate change

And what happened to the old war? Is that over?  So did you win the first one,  And is this like the vaccine, or some of our involvements in foreign adventures, and endless parade designed to keep the public in line with people wishing to shut down any questioning?

It is phony for 2 reasons ( among others). 1). It is not about weather or climate. It is about an agenda designed to destroy our way of life

2) The people involved in it are not warriors. They are not fighting any war. They try to elevate it to that to increase their importance. Saving the world is a big responsibility and all must get on the war footing to help.   Man according to them, is now holding the climate gun. Never mind all the massive natural drivers and the synergism of co2 with animals and plants for life. My advice to all of these climate warriors is to talk to someone that fought in Afghanistan or lost someone there. Perhaps they can cue them in on what war really is. I would say any vet, but Afghanistan is in the news now.

The cover of my book is satire but the methods that are being used and the references to war and guns by the weaponization of weather warrior wannabe’s is not. They use that form of communication to call people to action with references to the very violence they accuse those that disagree with them of.

War and Guns are violent, it is a phony war ( notice I have a toy machine gun, with Daisies) 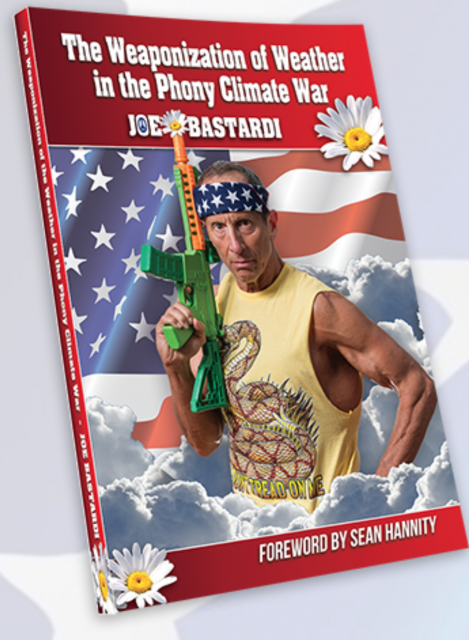 So let me shoot some climate daisies at you to counter all the violent metaphors that are being pushed.

The Wildfire season is worse than ever right?

it is running at 80% of the average acreage burnt over the past 10 years, 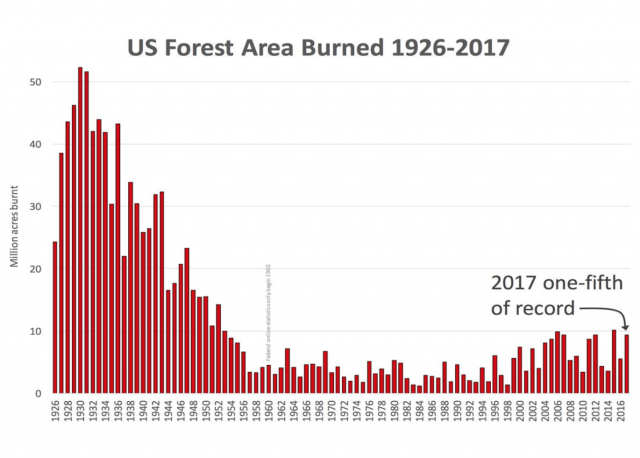 And there is a good chance this year does wind up below average as major cold is going into a large area where wildfires rage, shutting the season down, However, California is not getting this relief, so things remain bad there.

BTW here is where man does affect a situation. We are responsible for most of the wildfires 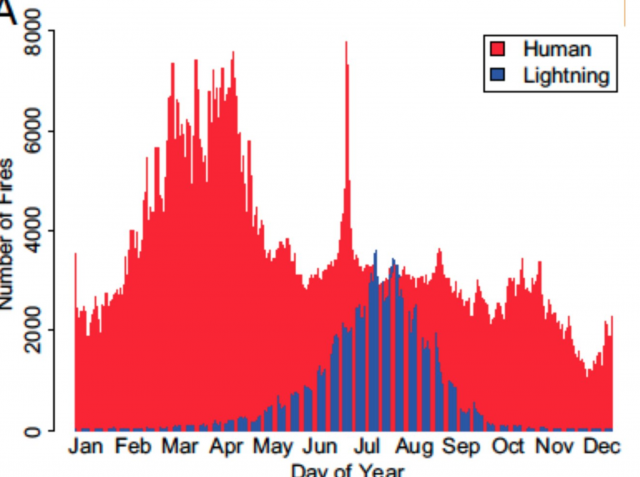 We have had 4 tropical storm hits right, No surprise given our impact forecast (white circles where hits have occurred) 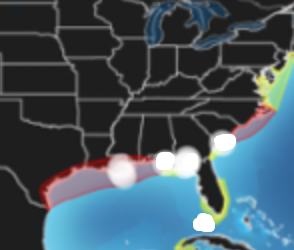 but for the first time since 2002 NONE OF THE FIRST HITS were hurricanes! That is quite rare. That being said it may come to a crashing end quite soon.

The western Pacific, the busiest basin, and if one wishes to think globally for a climate signal is occurring is running way below average for the second year in a row and has shot at back to back lowest 2 years in a row. Aren’t we thinking globally? Do you know how rare it is to see August with the west PAC like this?

Now look at the correlations to phase 2 of the MJO

It lights up the Atlantic and shuts down the Western Pacific, So for the negatives in one area, there are huge positives in another!

Perfectly natural but hugely significant. When the MJO is in phase 2 as it is now ( my company caught this coming at the end of July and targeted Aug 16-23 as a big week in the Atlantic)

I wrote this a few weeks ago to show the linkage of this tool not only to hurricanes but spring cold and early winter. Even let CFACT readers look at it

These are climate Daisies

This link on the so-called “Hottest” month ever had some climate daisies in it, DId you know that during the so-called hottest month on record Arctic Sea ice managed to move above the 10 year running mean? ( the record low is dashed red, the 10 year means solid blue

Apparently, no one looks at the antarctic sea ice. Another major climate daisy running above average 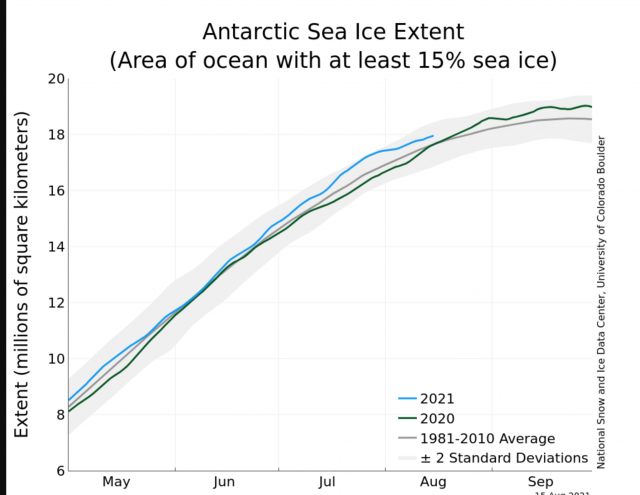 The hottest month on record wasn’t so hot in the arctic, Most of the melt season was BELOW AVERAGE

And what of the horror of Greenland melt? Well, maybe its melting a lot. BECAUSE IT HAS SNOWED SO MUCH! We have a well above average surface mass budget due to excess snow this year, despite the melting 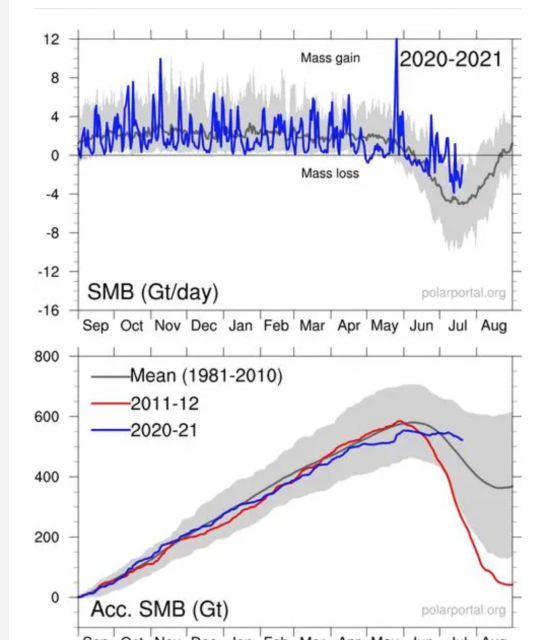 Horrible heat and drought in the west right? Well 75% of the US population-weighted has been at or below average temp and at or above average precip this summer, 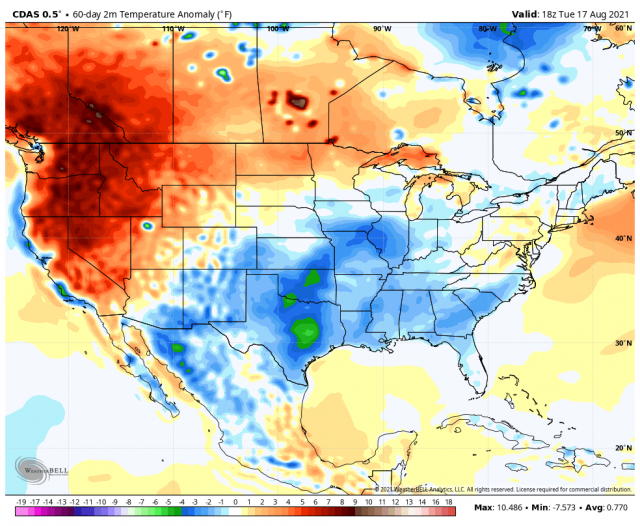 ( btw look at California being near average. It is NATURALLY DRY THERE IN THE SUMMER!)

I am a very different player in this whole situation, I have to nail forecasts, and knowledge of the climate and past weather helps me. If you do not have to nail forecast and you own a climate agenda that in reality now owns you, then I guess it is almost like a personal war. If tomorrow I changed my mind on co2 it makes no difference in my job. I still have to deal with the warmer initial conditions and the effects on the weather which after doing this for 45 years make me think on balance there is just as much good as bad weather occurring and it’s not as bad as it was in the 30s 40s and 50s. I do not deny that there is climate. I do not deny that the climate is changing, Labeling anyone as such is part of a smear campaign that is the offshoot of a phony agenda that is Marxist, straight out of the strategy of a known Marxist, Saul Alinsky.  Isolate demonize and destroy. . But I understand perfectly how hard it is for someone pushing this, no matter what the motive, to even allow another voice to be heard.  If all you have sunk your life’s work into is proving man and especially your own country is destroying the planet ( despite the fact life has never been better on planet earth largely due to the innovations brought about by competition and capitalism in a free society) then perhaps you have to be on a war footing, If tomorrow it was conclusively proven co2 has little to do with the weather and climate, where would all these people be that want this to be a war and claim the climate has a gun, be? But the opposite happens, makes no difference for me.  I still have to deal with the changing conditions on our planet to create a forecast that shows people the why before the what.  You don’t get paid to do this privately if you are wrong and given the politics of today even if you are right that is no assurance as the increasing censorship of anyone daring to question is creeping into the marketplace.

I just respond because I see things and there are so many counters to them that are not brought up, it is just easy to pick them out off the top of my head.

So with all this violence, much too hard for an old greenie like me to take, talk of war and guns, etc in the weather and climate I thought I would pick you a few daisies and let you have it with my toy machine gun and fake Rambo look

Perhaps Lorenzo St Dubois from the Producers “Love Power” channeling thru me. From the Movie the Producers, the a snippet of lyrics from that song:

“..You don’t think ’bout no little flowers,
Oh no, all you think about is guns.
If everybody in the world today had a flower instead of a gun,
there would be no wars. There would be one big smell-in…”

Climate and weather? War and guns need not apply.

The Soviet Union Is Gone, but the Young Yearn for Socialism

The Social Costs of Carbon Cancelation

Where the Buffalo Roam

New York Can’t Buy its Way Out of Blackouts